Words of Radiance by Brandon Sanderson debuted at first place on the hardcover list, and Patricia Briggs’s Night Broken took second. There were no new runners-up, with 43 titles nominated, down from 47 last month.

The Human Division by John Scalzi took the number one spot, with Half-Off Ragnarok by Seanan McGuire appearing as number two on the mass-market list this month. The new runner-up was Mike Shepherd’s To Do or Die (Ace) out of 45 titles nominated, down from last month’s 57.

John Scalzi’s Redshirts took first on the trade paperback list this month. The new runner-up was Questionable Practices by Eileen Gunn (Small Beer Press), with 34 titles nominated, up one from the 33 we saw last month.

Star Trek: No Time Like the Past, by Greg Cox made its debut at number one among the media-related titles, with no runners-up. There were 14 titles nominated, the same as last month.

Forgotten Realms: Companions Codex I: Night of the Hunter by R.A. Salvatore debuted at number one in the gaming-related titles, with no runners-up. There were 16 titles nominated, up from 11 last month. 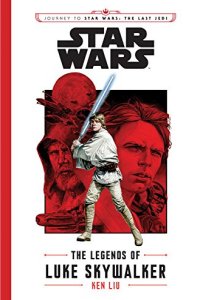 Coming to us from last week’s WorldCon in Reno, NV, we were able to sit down and record a conversation with Kathy Goonan, Eileen Gunn, and Gary Wolfe. Of course we talk about the con itself for a bit, and then we use Kathy’s new book, This Shared Dream, as a lens to discuss utopias and dystopias, education, depicting thought vs. action in sf (with shout-outs to Sherlock Holmes and