Early in Lauren Owen’s first novel The Quick, library scenes help establish the narrative tone. Evidently splendid tomes, ‘‘delicious-smelling volumes,’’ line the shelves of Owen’s library, but by the last years of the 19th century it stands largely forgotten in a decaying Yorkshire estate with neglected grounds and ‘‘owls in the nursery,’’ until a pair of curious children – James and Charlotte – make the place their dusty treasure trove and proving ground.

After a brief excerpt from an 1890 document informs us the Aegolius ‘‘bears the dubious distinction of being the most mysterious club in London,’’ The Quick leaves the mystery hanging through most of Part One’s five chapters (nearly 100 pages) to focus on James’ story: youth in the wilds of Yorkshire, some years of education at Oxford, flight to bohemian circles in London where he tries to make himself into a poet and meets slumming aristocrats. The library where his younger self once reveled has some gothic touches, like a ‘‘priest hole’’ (not a true relic but a replica harking back to dangerous times where clergymen escaped murderous Puritans by hiding in such places), and the great city where our hero hopes to lose his innocence seems decadent enough (with denizens like Oscar Wilde), but the plot doesn’t veer into the genuinely eerie until he gets kidnapped near the end of Chapter Five. Until then, Part One reads more like Henry James describing a young American on tour in Britain. No obviously uncanny creatures, wizards, crones or fallen angels cross the traveler’s path.

With extensive excerpts from the damaged Notebooks of Augustus Mould, beginning in 1868, Part Two plunges into a dark fantastic back story where the novel finally unleashes its monsters – most, but not all, of them vampires. Along with the history of the Aegolius, we learn about antagonistic enclaves of the undead in various London neighborhoods, and the efforts of a scattering of offbeat mortals who oppose them. Though the club and its members seem to have remained almost dormant for centuries, surviving on the blood of reprobates while settling even further into their old ways, true change is now afoot. A relatively new recruit thrusts his way to the top, driven by unusual ambitions that combine a thirst for scientific knowledge with some surprisingly utopian dreams. When he recruits a tutor from his mortal childhood, human doctor and scholar Augustus Mould, to aid him in this quest, many long-standing assumptions about the differences between the Quick (obnoxious mayfly mortals) and the Dead collapse, amidst entangled subplots.

Three more Parts introduce a remarkable new cast of characters: schemers, idealists, and others (both human and nonhuman) who get swept into the escalating action against their will. When Charlotte comes to London, trying to track down her missing brother, she joins forces with this book’s rich young American tourist, perhaps the only man ever to escape the Club alive (with help from James). Figures and tropes suitable for tales of Jack the Ripper or Dracula clash with the revolutionary spirit of the times. Feral child-thieves like a gang straight out of Dickens (though one girl’s brash attitude seems closer to Shaw’s Eliza Doolittle, in her days as Cockney brat) cavort through an urban Twilight Zone.

In The Quick Laurel Owen – a brand-new author with an M.A. in Victorian Literature – has produced her own mind-bending tour de force. 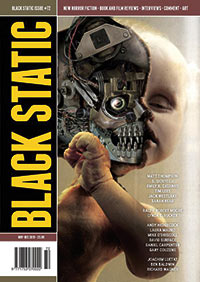