In the city of Astreiant, the Dog Moon races are about to begin. So Nicolas Rathe, a senior adjunct point (police officer) in the Point of Dreams district, finds it odd to receive a missing person’s notice for Aardre Beier, an astrologer who specializes in canine horoscopes. Rathe suspects foul play, but can’t investigate. Jurisdiction belongs to the Fairs’ Point station, whose points see no cause for alarm, and have no liking for Rathe.

Dog-racing season is a recurrent madness in Astreiant. This time, the lunacy is exacerbated by widespread anger against the prominent Malfiliatre family, which has recently defaulted on a multitude of debts. One of the creditors is Rathe’s lover, Philip Eslingen. The ex-soldier needs the money, but tries to console himself with the thought that the bankruptcy court might award him a nice coat, or even a horse.

Rathe becomes drawn into the matter when a dog trainer purportedly kills himself over losses to the bankrupt family. The death is suspicious, since the man stood to earn a good income from the Dog Moon races. The death occurred in Rathe’s jurisdiction, but his investigation is foiled nonetheless, because the decedent was a resident of Fairs’ Point.

When the court handling the Malfiliatre bankruptcy awards Rathe’s lover a racing dog, Rathe gains a legitimate reason to enter the Fairs’ Point district, where the race-tracks are located. Policeman and ex-soldier once more find themselves working together on an investigation. This time, however, the collaboration doesn’t go too smoothly, because Eslingen is weighing an offer to join a new, horse-mounted law-enforcement company–an organization that threatens to render Rathe and his fellow points superfluous.

The investigation itself yields only deeper mysteries. A second man associated with the races goes missing. Silver coin disappears from double-locked strongboxes, while copper and gold are untouched. The thefts are obviously magical. They’re also impossible, because silver is impervious to magic.

Or so Rathe’s alchemist friend avers, until the missing men turn up. Both were slain by magically potentiated silver. The stars are in an unusual alignment, and a person or persons unknown has discovered a way to move silver by combining astrology with alchemy. But the goal isn’t murder or clever little thefts. The ultimate target must be the accumulated winnings, which are paid out on the last day of the Dog Moon races. Such a sizeable and dramatic loss would affect innumerable individuals and result in mass rioting and fatalities. But the Fairs Point station doesn’t accept Rathe and Eslingen’s radical explanation, and they’re forbidden to act on their own.

Melissa Scott’s new novel, Fairs’ Point, is the most recent book in the Astreiant series. It’s also the latest by internal chronology, following Point of Hopes (1995), written by Scott and the late Lisa A. Barnett, Point of Knives (2012) by Scott, and the Lambda Literary Award winner Point of Dreams (2001) by Scott and Barnett. The Astreiant books are police procedurals, but with a difference: they’re set in a secondary world in which alchemy, necromancy, and astrology are working sciences.

The stars and planets above Astreiant aren’t the ones we know (for starters, the sky sports two suns). And, while the stars hardly control every aspect of a character’s life, they do shape destiny. Someone born to a thieves’ dynasty under the wrong stars will fail as a thief, though she receives the most expert training. Unless she wants to end up in jail (or worse), she must pick a profession suited to her horoscope.

Because astrology works, Astreiant society is arranged along very different lines than we know. So, while some professions in Astreiant are considered “women’s jobs” and others “men’s jobs,” no one thinks anything of seeing a man in a woman’s job, or vice-versa, because birth stars trump biology and social status. For the same reason, no one sees any significance in skin color or sexual orientation. But don’t leap to the conclusion that Astreiant and its neighbors are peaceable kingdoms. Nations go to war, lovers quarrel, and ambitions and body counts mount. All the usual emotions apply. So does inequality. The nations are monarchies; the monarchies are queendoms; and women are more likely than men to hold the other positions of authority. And, while the “levelers” oppose class differences, no one questions the sex discrimination.

The societal aspects of the world-building are well thought out and fascinating; and so are the rest. Scott provides enough detail in Fairs’ Point to let you know she’s worked out every particular of her world, yet she never provides so much detail as to confuse, overwhelm, or bore the reader. As a result, Astreiant feels very real, very lived-in, even very familiar. You might almost be convinced that her city is a real place, and that you almost wouldn’t need a map to get around.

Scott provides a similarly balanced approach to characterization. Her twin leads, Rathe and Eslingen, are as convincing and comfortable as Rathe’s old coat, but they never become so familiar that they lose their ability to surprise the reader. Even Scott’s minor players ring true.

As for the mystery, it’s as strong as the characterization and world-building. Centered on a crime that could occur only in Astreiant, Fairs’ Point takes many unpredictable, impressive twists and turns on its way to the conclusion. And, if the reader deduces a guilty party slightly ahead of the protagonists, that doesn’t make the mystery any less fresh or imaginative. In its mystery–in all its parts–Fairs’ Point is, like its predecessors, a pleasure. 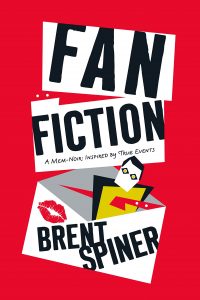 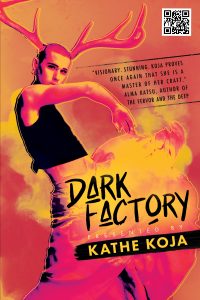