Loncon 3 announced on March 1, 2014 that British TV star, comedian, and comics writer Jonathan Ross would be the Master of Ceremonies for the 2014 Hugo Awards ceremony, to be held at Loncon 3, the 72nd World Science Fiction Convention,  August 14-18, 2014 at ExCel, London Docklands.

The choice drew criticism from some SF fans and professionals online, who called attention to some of Ross’s controversial statements and actions and questioned his appropriateness as a host. Ross publicly withdrew as MC not long after the official announcement, tweeting, “I have decided to withdraw from hosting the Hugo’s @loncon3 in response to some who would rather I weren’t there. Have a lovely convention.”

Loncon 3 committee member Farah Mendlesohn also objected to the choice of Ross as MC and resigned when the Loncon 3 Chairs would not reconsider. In a letter, she wrote, in part,

[Ross] is a man who has made a fortune (6 million a year at one point) from abusing others—particularly women—live on air.

I spent all of this week arguing with the Chairs.  It was made clear to me that this was not for the Committee to decide. It was further made clear to me, as the conversation progressed, that the Chairs knew in advance that I would be unhappy, and that one of the Chairs was not even prepared to discuss the issues of Jonathan Ross’s public abuse of women (that issue specifically: that Chair was prepared to discuss and excuse other issues).

By Wednesday I knew I had to resign.

Mendlesohn will continue as Project Manager for the exhibit hall.

A new MC has not yet been announced.

Alan Lee to be 2013 World Fantasy Artist Guest of Honor 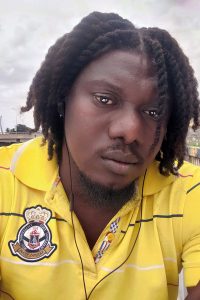