Catherynne M. Valente’s new collection The Bread We Eat in Dreams proved challenging to review. Though the contents range from offbeat poetry to an award-winning novella, in a multitude of styles and voices, this isn’t just a random gathering of her shorter stuff. The more I read, the more these pieces seemed to resonate both intellectually and emotionally – like the interplay of themes and movements in a symphony – for a final impact greater than the sum of its parts. Wild ravings of a rabid fan? Maybe not.

‘‘The Consultant’’ serves as a brief, effective introduction. In the guise of a wry old Private Eye, this character advises clients who come to her for help, ‘‘Step right up; show me your life. I’ll show you the story you’re in.’’ She should know (‘‘I’ve heard them all. It’s what I do.’’). No matter what we call them – mystery, myth, fairy tale – they follow patterns, which will just keep on repeating around an oblivious cast of heroes and villains, murderers and victims, even gods. But this P.I. can offer a ‘‘sightline,’’ new self-awareness that could break the cycle and bring freedom. Immensely knowledgeable yet never didactic, Valente also frees the reader, in every genre she explores.

The title novelette features a demon refugee from Hell, where she once served as the chief baker. Rather than shoveling damned souls into eternal flames as one might expect, for this Hades – whose ‘‘industries’’ and ‘‘amusements’’ can be quite sophisticated – her job was more like a combination of head chef and high priestess. Her devious gourmet confections delighted both the lords of the Underworld and its lesser gentry (eccentric marquises, countesses and kings), yet she also baked for earthly dreamers. Perhaps it piqued her interest in mortals. We first see her in modern backwoods Maine. Though she spent her first years of exile conjuring and devouring wild stags in primeval forest, and never lost the powers of a demon, by now she’s toned things down. Still naked, she works a piece of land near a town in the shadow of the Bald Moose Mountains. ‘‘The Bread We Eat in Dreams’’ also looks back to the Salem Witch Trials. It combines striking imagery and questions about the nature of morality, with the bluntness of a rebel who rejected Hades and all its glamors for the wild outskirts of New England.

In the space of just ten pages, ‘‘The Wolves of Brooklyn’’ chronicles the impact of enormous metaphysical change on the narrator and others in her NYC neighborhood, when the juncture between nature and the supernatural pulls another fast one. Where Arcanum showed the aftermath of magic dispersed, a return to the empirical world of elder days, these lupine invaders take things in the opposite direction the moment they show up, as ‘‘the collective everyone looked out of their walk-up windows… and saw these long shapes, their fur frosted and tinkling, streaming up the sidewalks like a flood, like a wave, and the foam had teeth.’’ Where long-dismissed ideas and tools helped Morden’s Carinthians survive the cold blast of reality, much older instincts resurface when Brooklyn plunges into a Fimbulwinter where the snows won’t stop: the self-made demigoddess has an edge; a hunter thrives. Elsewhere, the 21st century trundles on. Hollywood might do a film about these wolves, and shoot it on location – if the borough stays in contact with our world.

In some of the stories and poems that follow, the author herself seems to emerge from the shadows with an emotional directness that strengthens the more it bares, like the demon/witch in ‘‘The Bread of Dreams’’. Catherynne Valente is a woman drawn to other women; looking back, we find her in the first line of ‘‘The Consultant’’, as a beautiful dame strolls into the office ‘‘legs first, a long drink of water in the desert of my thirties.’’ When she strays into the realms of parody or bawdy verse like ‘‘The Secret of Being a Cowboy’’, we see things through her eyes, and feel them on her skin.

Many readers will already know the multigenerational saga of Artificial Intelligence, triumph, and tragedy that ends this book (except for one brief coda), the celebrated novella ‘‘Silently and Very Fast’’. I’ll just give you one piece of advice: read it again here. All that has gone before will add to the experience – highlighting some dimensions, granting new insights into the work and its creator.

The Bread We Eat in Dreams 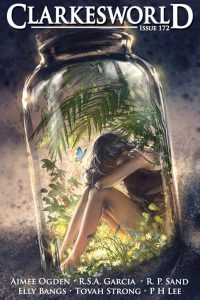 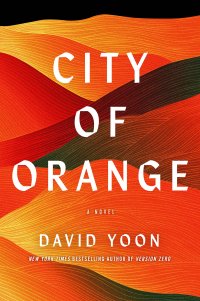 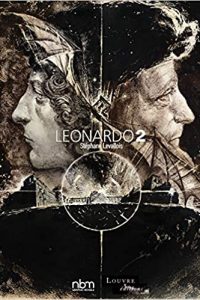