January 2014—
Issue 37, cover art by Eugene Carter
• Stories in this issue are by Marina J. Lostetter, Jeffrey A. Ballard, Alex Shvartsman, Jamie Todd Rubin, Van Aaron Hughes, and Catherine Wells.
• There an interview with Brenda Clough, and and podcast of the Catherine Wells story.

January 2014—
• Stories posted this past month include The Serial Killer’s Astronaut Daughter by Damien Angelica Walters, The Innocence of a Place by Margaret Ronald, and Palimpsest by Anders Åslund.
• Poetry is by Mari Ness, Stacie Taylor, Sharon Kretz, and April Grant. There are podcasts of the poems and of the stories.
• There are columns and articles by Renay, Rochita Loenen-Ruiz, Genevieve Valentine, and Liz Gloyn, plus three reviews each week.
• And Niall Harrison announces the results of the 2013 Readers’ Poll.

January 2014—
• Original fiction posted this past month includes Ekaterina and the Firebird by Abra Staffin-Wiebe, The Eighth-Grade History Class Visits the Hebrew Home for the Aging by Harry Turtledove, The Intelligence Director by Jessica Brody, Nighttime in Caeli-Amur by Rjurik Davidson, graphic novel The Shadow Hero by Gene Luen Yang and Sonny Liew, The Cartography of Sudden Death by Charlie Jane Anders, and Bridge of Snow by Marie Rutkoski.
• There are also numerous novel excerpts, by Brandon Sanderson, David Weber, William R. Forstchen, Marie Brennan, and others. 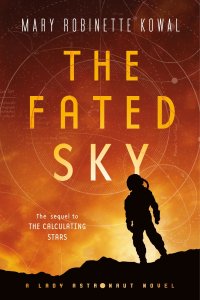 Alastair Preston Reynolds was born March 13, 1966 in Barry, South Wales, and spent his childhood in Cornwall and Wales. He earned degrees in astronomy from the University of Newcastle in England (1988) and a PhD from the University of St. Andrew’s in Scotland (1991). In 1991 he moved to The Netherlands to work for the European Space Agency, where he remained (apart from a break in 1994-96 to do