The award-winning author’s collection includes 12 stories from the past quarter century, including International Horror Guild Award winner ‘‘There’s a Hole in the City’’ and the World Fantasy Award-winning title story.

Seanan McGuire’s alter-ego, best known for the Newsflesh zombie SF series, begins a new series of medical-thriller SF set in a near future where people are implanted with genetically engineered tapeworms (‘‘Intestinal Bodyguards’’) which boost immune systems and secrete drugs, all but eliminating illness and disease… until a strange sickness begins to turn people into mindless killers, and the true nature of the parasites is gradually revealed.

This hefty volume chronicling the best SF of our young century features work by 34 authors who ‘‘came to prominence’’ after the year 2000, among them Madeline Ashby, Paolo Bacigalupi, Elizabeth Bear, Cory Doctorow, Daryl Gregory, Alaya Dawn Johnson, Mary Robinette Kowal, David Moles, M. Rickert, John Scalzi, Charles Stross, Rachel Swirsky, Jo Walton, and more. This book ‘‘will certainly be recognized as one of the best reprint science fiction anthologies of the year, and belongs in the library of everyone who is interested in the evolution of the genre.’’ [Gardner Dozois]

This ambitious time-travel novel by the celebrated German author is a ‘‘rich, complex, and very possibly career-defining novel… It seems likely that, were Jeschke a more familiar name to English-language readers, The Cusanus Game… would be widely hailed as one of the most ambitious and accomplished SF novels of the year, and as the capstone to a distinguished career.’’ [Gary K. Wolfe]

The annual compilation of the year’s best horror fiction includes 22 stories by Ramsey Campbell, Gemma Files, Neil Gaiman, Joel Lane, Joe R. Lansdale, Allison Littlewood, Helen Marshall, and others, plus an introduction by Jones on the state of horror in 2012 and an extensive ‘‘Necrology’’ by Jones & Kim Newman memorializing horror artists, writers, musicians, and performers who died last year.

The author best known for his hardboiled urban fantasy Sandman Slim series branches out into YA with this standalone dark fantasy about a troubled teen who discovers a way to commune with the dead – for a price. ‘‘Kadrey’s knack for imagining the excruciating gets a full workout…. The book ends powerfully, avoiding any sense of overwhelming message.’’ [Faren Miller]

This original anthology features a dozen stories reinventing and reinterpreting classic stories, from Spenser’s The Faerie Queen to Hawthorne’s ‘‘The Birthmark’’, with contributions by Kelley Armstrong, Holly Black, Neil Gaiman, Gene Wolfe, and Rick Yancey, among others, plus artwork by Charles Vess illustrating some of his favorite classic fantasies. ‘‘A fascinating cacophony of literary traditions…. a disparate but stimulating collection which might motivate a few younger readers to seek out some classic works, while providing for more seasoned readers the added frisson of the art of homage.’’ [Gary K. Wolfe]

This debut collection by the World Fantasy Award-winning author includes 21 stories, six original, including the title novella co-written by Alan Dean Foster. ‘‘Okorafor’s genius has been to find the iconic images and traditions of African culture, mostly Nigerian and often Igbo, and tweak them just enough to become a seamless part of her vocabulary of fantastika…. An important collection by a writer to listen to.’’ [Gary K. Wolfe]

This alternate-history SF novel, set in a world where peace reigned following the end of World War I due to the influence of mysterious aliens with sinister motives. ‘‘The central moral question of the novel is also a familiar one from dystopian and anti-utopian fiction: is such peace and prosperity a reasonable trade for the loss of free will and self-determination?’’ [Gary K. Wolfe] 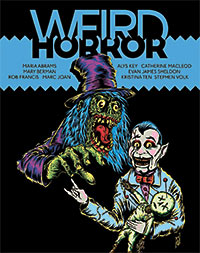 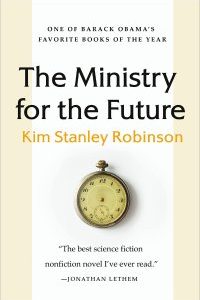 Claude Lalumière: The Word for Yearning

Claude Lalumière was born in Montreal, Quebec, Canada. He founded a specialty SF bookshop, Nebula, in Montreal in 1989, and in 1993 he opened danger!, an alternative bookshop. After almost ten years running the stores, he sold them to become a full-time freelance writer and editor. His short fiction has been collected in two volumes to date: Objects of Worship (2009) and The Door to Lost Pages (2011). He is