The Given Sacrifice by S.M. Stirling debuted at number one, while The Ocean at the End of the Lane by Neil Gaiman slipped down to second place on the hardcover list. The new runner-up was Fortunately, the Milk by Gaiman (Harper) out of 51 titles nominated, up from 44 last month.

Jim Butcher’s Cold Days got first place on the mass-market list, with Ender’s Game by Orson Scott Card moving to second. The new runner-up was Libriomancer by Jim C. Hines (DAW) out of 52 titles nominated, up from last month’s 44.

On the trade paperback list, Ray Bradbury’s Fahrenheit 451 took first place this month. There was no new runner-up, with 38 titles nominated, down from the 42 we saw last month.

William Shakespeare’s Star Wars by Ian Doescher took top honors among the media-related titles this month, and there was no new runner-up. There were 19 titles nominated, up from last month’s 17.

Forgotten Realms: The Companions: The Last Threshold by R.A. Salvatore debuted at number one in the gaming-related titles, with no runner-ups. There were 12 titles nominated, down from the 15 we saw last month. 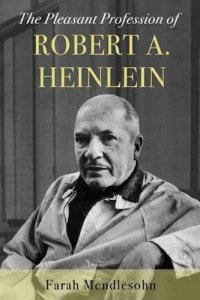 Daniel Dos Santos began drawing as a chi ld, studied art through an internship program during high school, and attended the School of Visual Arts from 1996-2000, graduating with a BFA in illustration. He’s done covers for many SF publishers, plus artwork for Disney, Universal Studios, The Greenwich Workshop, and Dark Horse Comics, among others. He won Chesley awards from the Association of Science Fiction & Fantasy Artists in 2007