SF novel, an expansion of the author’s 1973 Hugo and Nebula nominated novella “Death and Designation Among the Asadi”, about an anthropological investigation into a homonid-like race on the planet Bosk’veld.
• This is a new title in Gollancz’ SF Masterworks series.
• Gollancz’ site has this description.

Omnibus of three books in the author’s Pellucidar series about a hollow earth: At the Earth’s Core (1922), Pellucidar (1923), and Tanar of Pellucidar (1929).
• Gollancz’s site has this description.

New edition of the eighth volume of Robert Jordan’s “Wheel of Time” fantasy series that began with The Eye of the World in 1990.
• Macmillan’s site has this description.

Psychological fantasy novel about an archaeologists’s investigation into Mayan civilization.
• It won the Nebula Award for best novel.
• Gollancz’s site has this description
• Amazon’s “Look Inside” feature provides previews.

10th anniversary edition — from the book’s original self-published date in August 2003 — of the fantasy novel, first in a series, about a poor farm boy named Eragon who discovers his destiny as a dragon rider.
• This comes with no dust jacket and an embossed hard cover. It has six color plates by various artists, and a new introduction by the author.
• Random House’s site has this description with an excerpt.

Anthology of 69 time travel stories, subtitled “The Ultimate Treasury of Time Travel Stories”.
• Authors include H.G. Wells, Ursula K. Le Guin, Cordwainer Smith, Ray Bradbury, Theodore Sturgeon, Gene Wolfe, David I. Masson, Geoffrey Landis, and many many others.
• The publisher’s site has this brief description and a musical playlist
• The US edition, from Tor, is due in March 2014. 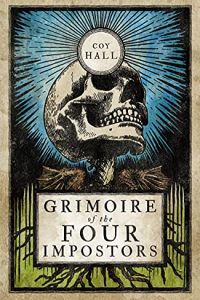 Nikolaus Mamatas was born February 20, 1972 in Port Jefferson NY, and grew up in Brooklyn. He attended SUNY Stony Brook (now Stony Brook University), earning a degree in multidisciplinary studies, then went to grad school at New School for Social Research (now New School University) for an MA in Media Studies. In 2008 he received an MFA in professional writing from Western Connecticut State University. He has worked