If Jack the Ripper had never existed, horror writers almost certainly would have had to invent him, since few other perpetrators of real-life horrors so perfectly incarnate the aesthetics of horror fiction. His seemingly preternatural skill at eluding capture and identification makes him the ultimate faceless boogeyman: a monster who murdered randomly, under the cover of night, driven by motives that are still a mystery 125 years after the five brutal butcheries in London’s Whitchapel district that have been attributed to him. The fact that he was never brought to justice for his crimes situates him in a morally unbalanced world where evil goes unpunished – the same world that many horror writers evoke through their fiction.

Ross Lockhart’s Tales of Jack the Ripper is the latest in a succession of anthologies, beginning with Michel Parry’s Jack the Knife (1975) and including the two centennial compilations, Gardner Dozois & Susan Casper’s Ripper! and Martin H. Greenberg, Francis H. McSherry & Charles G. Waugh’s Red Jack (both 1988), featuring stories on the Jack the Ripper theme. Its 19 selections – poetry and fiction – are a mix of reprints and (mostly) originals that show both the possibilities and limitations of that theme.

The two best-known reprints are Ramsey Campbell’s ‘‘Jack’s Little Friend’’ and Joe R. Lansdale’s ‘‘God of the Razor’’. Campbell’s story, about a modern man who stumbles up upon an apparently empty box with the dates of the Ripper’s murders carved on its lid, is narrated in the second-person singular, an approach that was often used to great effect in E.C. Comics (such as Tales from the Crypt) to build to the kind of surprise ending that Campbell pulls off so deftly here. The tale is one of the horror fiction’s best explorations of the Ripper theme, and it’s the ideal story to start with, since its core, a potted history of the Ripper’s exploits, provides the back-story necessary for appreciating most of the book’s other selections.

Lansdale’s tale mentions the Ripper mostly in passing, as a disciple of the titular spirit of wanton bloodlust who perpetuates his existence through those vulnerable to his influence. (The God of the Razor figures prominently in Lansdale’s 1987 novel The Nightrunners, and inspired his own anthology of tribute stories, Lords of the Razor, in 2004.) Several of the new stories take the same tack as Lansdale’s tale, among them Silvia Moreno Garcia’s ‘‘Abandon All Flesh’’, in which a young girl develops mutual fascinations with the Ripper and with Aztec sacrifical rituals. In T.E. Grau’s clever ‘‘The Truffle Pig’’, the Ripper’s murders are explained as the handiwork of immortal assassins laboring to rid our world of a malignant ‘‘fungal stain’’ straight out of Robert E. Howard and H.P. Lovecraft. The best of these stories is Laird Barron’s outstanding ‘‘Termination Dust’’, about a small Alaska town whose residents are decimated by a free-floating spirit of slaughter that plays upon their innate proclivity for violence.

Who was Jack the Ripper? What was his motive? What was his fate after the last of his five murders? These are the questions addressed by most stories on the Ripper theme, and this book’s selections are no exception. In Alan Clark & Gary A. Braunbeck’s ‘‘A Host of Shadows’’, the Ripper’s crimes are depicted as the indiscretions of an angry young man who learns to control his temper, lives a productive life, makes beneficial contributions to society – and then sees the sins of the father visited upon the son. Similarly, in Patrick Tumblety’s ‘‘Something About Dr. Tumblety’’, a contemporary physician finds himself developing murderous interests the more he investigates the life of his grandfather, once a major suspect in the Ripper case. Stanley Sargent’s ‘‘When the Means Just Defy the End’’ depicts the Ripper somewhat improbably as an agent of social enlightenment who plans for his murders to force reform of the squalid conditions he himself grew up with in the Whitechapel district. Edward Morris’s ‘‘Where Have You Been All My Life?’’ is the latest story to have the Ripper escape capture in England by emigrating to America and starting his cycle of atrocities anew. Ed Kurtz’s prequel tale, ‘‘Hell Broke Loose’’, inverts that sequence by having the Ripper hone his technique in America before migrating to England.

The mystique that has grown up around the case of Jack the Ripper all but ensures that Tales of Jack the Ripper will not be the last horror anthology on this theme. Though this volume shows, as others have in the past, that most stories on the Ripper theme will cover a lot of the same ground, there are enough original and inventive approaches to this most bedeviling of true-crime mysteries to suggest that Jack the Ripper and the Whitechapel Murders of 1888 will continue to inspire imaginative speculations for some time to come.

Tales of Jack the Ripper 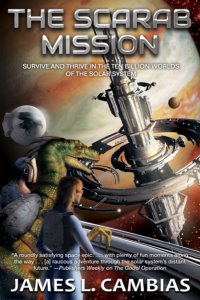 Adrienne Martini Reviews Confessions of the Fox by Jordy Rosenberg