A couple of years ago I reviewed James Gunn’s This Fortress World for Asimov’s magazine. I found the book to be a small, unacknowledged classic of the field, containing a deeply stark and unromantic—yet not uncompassionate nor unhopeful—view of life and civilization. Potent stuff for what was ostensibly a mere 1950s space opera. Readers of M. J. Harrison, take note.

That book was written by a seasoned, vital thirty-two-year-old with a magnificent career—climaxing in a SFWA Grandmaster Award—still mostly ahead of him.

It is now almost sixty years later, and Gunn has issued a novel that equals or tops his earlier landmark, earning, I think, a permanent rank in the extended canon of our genre. It is wise, exciting, clever, surprising, hip and au courant (or perhaps timeless is a better word). Its technical craftsmanship is subtle and awe-inspiring.

Sometimes events make a person proud of being an SF fan and a writer and human, in that ascending order. Not too often, but sometimes. Transcendental—both on its own merits, supposing it had even been a debut novel by Joe or Jane Newbie, and as an expression of Gunn’s personal arc—constitutes such an occasion for pride.

The book starts with an utterly fulfilled and tingling sense of a drama already in motion, riding the wavefront of a solid backstory that we are confident will gradually emerge. Our hero, Riley, is in a spaceport terminal, recalling how he and his fellow passengers have just had to fight off a barbarian attack on the facility. Immediately, you get a Vancian sense of technology and atavism, galactic vistas and ancient cultures in one stewpot. Riley—hard-headed and secretly different from the rest—is about to ride a space elevator that will take him to a starship, the Geoffrey, which has been chartered for a peculiar mission, by parties unknown. The ship is to journey out of familiar space to a far-off mysterious world that hosts the Transcendental Machine, a rumored device capable of transfiguring and uplifting anyone who enters it. Word of the Machine’s existence has sparked an interstellar cult, led by an anonymous Prophet. And the Prophet might very well be hiding among the ship’s passengers, a motley collection of exotic alien “galactics,” plus one woman, Asha, a human like Riley.

After a crisis on the mechanized ride to orbit (during which Riley begins to assess and interrogate Asha and the galactics), Riley and his fellows find themselves “safely” aboard the Geoffrey, which proves to be an outdated hulk with a sloppy crew. Strange incidents, fights and murders intrude. Riley’s life and mission seem compromised and impossible, but he’s ultra-capable and determined to follow his contract. (Having a wetware AI monitor installed in his brain to help and chivvy him is a factor too.) After all, he has merely to identify the Prophet out of numerous suspects—and then assassinate the leader!

As we read, it becomes apparent that Gunn has layered in a handful of subtexts or allegories brilliantly, which lift his story to higher realms. First off, as the ship’s name hints, we are in a version of The Canterbury Tales: a pilgrimage toward the numinous. And, indeed, the novel contains chapters which are first-person narratives by various of the galactics, as they tell us of their pasts. Besides being formalistically welcome, this tactic allows Gunn to broaden his scope beyond the ship’s limited interior, where the majority of the action occurs. (Towards the end, the book also opens outward to planetside locales.) A second layer is the archetypical “ship of fools” motif. This is a very existential novel—like This Fortress World—which raises deep questions about life, mortality, purpose and direction. Thirdly, Gunn has constructed what is essentially a British Manor House Mystery. All the suspects to various crimes gathered in one cloistered setting, with the “detective” (Riley) matching wits with the “criminals.” (There’s a Magnus Ridolph story by Jack Vance which uses this same scenario, another Vancian echo.) Gunn plays fair with the constraints of this mystery subgenre, arraying and dismissing suspects with flair and suspense. Fourthly, Gunn—in line with his title—has written a van Vogtian superman novel, where various layers of reality drop away or exfoliate to produce jaw-dropping epiphanies.

Gunn is famously a scholar and critic of SF, and it seems to me that this thread of his book is deliberately meant to illustrate or embody or invoke the controversial thesis of Alexi Panshin’s The World Beyond the Hill: Science Fiction and the Quest for Transcendence. That science fiction is, at its core, a quest for eternal and supreme knowledge of the universe and our place in it. Gunn goes a long way toward hinting an answers and convincing us that this is indeed SF’s main function, if not also humanity’s primary drive.

There is just so much to admire about this novel. It’s got the stark action of a Leigh Brackett book, or of Earthblood by Keith Laumer and Rosel George Brown. The characters are unforgettable, all of them unreliable narrators, illustrating the shifting nature of truth. Gunn’s book is full of striking apothegms and vatic dialogue and hard-won wisdom. “‘Rational beings are the same everywhere,’ said Tordor, ‘adrift in an enigmatic universe. Otherwise they could not communicate.'” “Life started small and without meaning, as it always does.” “The lies we tell about ourselves may be more revealing than the truths we incautiously reveal.” And while incorporating cutting-edge speculations, the book feels as eternal as some undiscovered classic by Andre Norton or Edmond Hamilton.

What this book most reminds me of ultimately is Samuel Delany’s milestone space opera-cum-quest, Nova. Although less baroque and less explicitly “mythic,” Gunn’s novel traffics in the same sense of the future galaxy as a stage for archetypical deep-psyche pattern-play. It’s got soul. 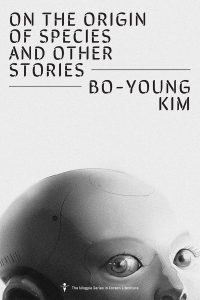