Frederik George Pohl, Jr. was born November 26, 1919 in New York City. He was one of the earliest SF fans, attending the first SF convention in Philadelphia in 1936, and was one of the founders of the Futurians and the Hydra Club. He attended Brooklyn Tech, but dropped out without graduating. From 1939-43 he was editor of new magazines Astonishing Stories and Super Science Stories. He sometimes published his own fiction, often in collaboration with fellow Futurians C.M. Kornbluth, Robert W. Lowndes, and James Blish, under assorted house names and pseudonyms including James MacCreigh and S.D. Gottesman.

He served in the Italian theaters of World War II and afterward became a literary agent, representing many of America’s top SF writers. In the ’50s he went back to writing and editing, producing his first novels in collaboration with Kornbluth, beginning with classic The Space Merchants (1953) and continuing with Search the Sky (1954), Gladiator-at-Law (1955), and Wolfbane (1957). He also collaborated with Jack Williamson on a number of books, including the Undersea Trilogy, the Starchild trilogy, and the Cuckoo duology, along with standalones Land’s End (1988) and The Singers of Time (1991). He collaborated with Lester del Rey on Preferred Risk (1983, as by Edson McCann).

An influential editor, Pohl edited Ballantine’s original anthology series Star Science Fiction in the ’50s. In the ’60s, he edited notable SF magazines Galaxy and If, and in the ’70s he was executive editor at Ace, then SF editor at Bantam. He won Hugo awards for editing in 1966, ’67, and ’68.

He was president of SFWA from 1974-76. He was named a SFWA Grand Master in 1992; a living inductee in the SF Hall of Fame in 1998; won a Hubbard Award for life achievement in 2000; and received the Eaton Lifetime Achievement Award in 2009. He is survived by his fifth wife, Elizabeth Anne Hull.

Pohl wrote online extensively about his life in SF, politics, and other topics at The Way the Future Blogs.

For more about Pohl, see his entry in the Encyclopedia of Science Fiction.

See the October issue of Locus for a complete obituary, photos, and appreciations. 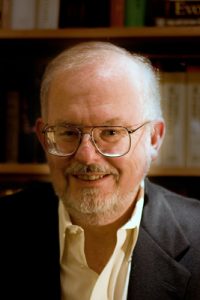