Issue 23, 2012—
C$9, 80pp, cover art by Karl Johanson
• Fiction in this issue is by Adria Laycraft, Dale Carothers, Hayden Trenhold & Elizabeth Westbrook, Russ Colson, M. Elisabeth Fortune, and Tamara Sheehan.
• Nonfiction includes an editorial by Karl Johanson, letters, editorial column “A Walk Through the Periodic Chart” this time about elements named after people, and reviews.
• The magazine’s site has a detailed description of the issue.

Summer 2013—
Issue 36.3, $5, 42pp, cover art by Dina Djabieva
• This issue has poetry by Mary Cresswell, Megan Arkenberg, James S. Dorr, Robert Frazier, Marge Simon, and many others.
• Features include an editorial by F.J. Bergmann, a President’s Message by David C. Kopaska-Merkel, small press reviews, a column on Stealth SF by Denise Dumars, and an In Memoriam of Stephen M. Wilson.
• This issue comes mailed with 22-page chapbook Dwarf Stars 2013, an anthology of short poems eligible for this year’s Dwarf Stars Awards. All poems were previously published, in 2012. Poets include Lida Broadhurst, Deborah P Kolodji, Robert Borski, Bruce Boston, and many others.

April 4, 2014 admin Comments Off on New and Notable Books, April 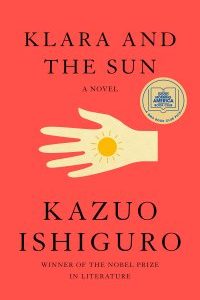 Charles Coleman Finlay grew up in Marysville Ohio, and has lived in central Ohio for most of his life. His first published story was “Footnotes” in F&SF in 2001. Finlay’s fascination with history informs much of his writing. Novella “The Political Officer” (2002) was a finalist for the Nebula and Hugo awards, as was follow-up “The Political Prisoner” (2008), which was also a finalist for the Theodore Sturgeon Memorial Award.