Mason was a prolific writer from 1964 until the early ’80s. His first story, as Rankine, was “Two’s Company” (1964). He published numerous SF books under that name, notably the Dag Fletcher space opera series, beginning with collection The Blockage of Sinitron: Four Adventures of Dag Fletcher (1966). He also wrote the Space Corporation series, several standalone space operas, and numerous Space: 1999 tie-in novels. As Mason he wrote nearly 20 novels, including From Carthage then I Came (1966; as Eight Against Utopia, 1967), Matrix (1970), The Phaeton Condition (1973), and Pitman’s Progress (1976). Some of his stories from the ’60s and ’70s were collected in Tuo Yaw (2003) and BAZOZZ ZZ DZZ: And Other Short Stories (2003), including some unpublished work.

Douglas Rankine Mason was born September 26, 1918 in Flintshire, Wales. He attended Manchester University starting in 1937, where he studied English literature and psychology. In 1939 he joined the Royal Signals Corp, serving in Africa, and returned home in 1946 to finish his degree. After years of teaching, he became a school headmaster in 1964, and worked in such positions until his retirement. 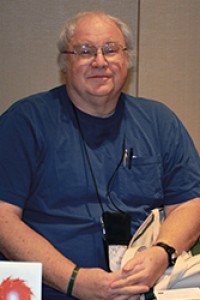