It’s truly satisfying, as a reader and critic, to be in on the ground floor of a career that eventually blossoms into full magnificence. I feel that way about the oeuvre of Chris Beckett. All throughout the 1990s and Noughties, I kept enjoying his stories in various genre magazines. In 2005, I reviewed his first novel, The Holy Machine, dubbing it “one of the most accomplished novel debuts to attract my attention in some time…” And I’ve just turned in to Asimov’s my essay on his fine fresh story collection from NewCon Press, The Peacock Cloak. Of course, the ultimate feather in Beckett’s cap of late was his attainment of the Arthur C. Clarke Award for his novel, Dark Eden, our subject matter for today.

But if you are a reader in the USA, Beckett’s name glows less brightly on the radar, I’m sure, since his UK origins and UK-centric publication status (Dark Eden and The Peacock Cloak have no domestic editions here) militate against a wider presence. That’s too bad for all of us, writer and fans alike. But remember that the UK branch of Amazon is only a click away!

Beckett’s award-winner is a type of tale instantly recognizable within the genre. But it’s done so splendidly it feels brand new and remade. The conceit of the novel is that a small tribe of human castaways maintains a precarious existence on a stringent alien world, Eden: the kind of place that I have christened, in my own fiction, a “harsh oasis.” (Allied to, but not necessarily congruent with, John Varley’s “steel beach,” a more flourishing type of non-baseline domain.) This type of venue has been previously seen in such intriguing works as Fritz Leiber’s “A Pail of Air,” Stephen Baxter’s Raft, Larry Niven’s The Integral Trees, and Karl Schroeder’s Virga series. (Immodestly, I also cite my own “Phylogenesis” and “Harsh Oases.”) At the same time, Beckett’s tale partakes of some of the features of a “pocket universe” story, where the protagonist escapes the confines of his physical and mental surroundings with a conceptual breakthrough. China Miéville’s Railsea is a recent example of the latter.

But all this heavy categorizing misses the essence of the reader’s first contact with the book, which is pure astonishment and pleasure, a storytelling ride full of brio and wonder.

The first chapter occupies the POV of young John Redlantern, one of 500-some inhabitants of a sunless planet, where the only ambient light issues from the geothermally powered plantlife and from wispy constellations in a black sky. These humans are the descendants of two stranded souls from galactic civilization, the legendary Tommy and Angela, and are divided into eight tribes, one Family. They eke out a meager existence on the native flora and fauna, employing neolithic tech. Their culture, some “two hundred wombtimes” removed from the stranding, is a mishmosh of misprisioned facts and superstitions and hopes and fears.

John is a freak in his society, insofar as he privileges exploration, knowledge-seeking and boldness. The rest of the humans are content to huddle around the old landing site, awaiting a rescue mission that might never come. But the trouble is that their Family is swiftly reaching the carrying capacity of their circumscribed valley. So John defies customs and caution, and with the help of his charmingly bold peer and girlfriend, Tina Spiketree (whose alternating voice is absolutely distinct and beguiling) he and a handful of fellow rebels set out into the great unknown of Eden, braving the predator-rich cold and darkness. After a kind of surprising success, the story of John and his new tribe remains open-ended, presaging another welcome volume.

The reader is swiftly seduced by two things that are intrinsic to, but separate from, the powerful plot: the Carrollian language, and the freaky ecology. Like Russell Hoban in Riddley Walker, Beckett conjures up a demotic lingo full of fractured words and neologisms that serves as a dark, true mirror of the actual culture. Not as dense as Hoban’s creole, Beckett’s language is inviting but just estranging enough. Then there’s his ecosystem, which mimics the weird variety of lifeforms we see on Earth in those fabled undersea hot vents. These two aspects of the book fulfill its science-fictional mandate in ways the archetypical, hero-with-a-thousand faces plot does not.

But there plenty of other rich angles to Beckett’s text as well. John Redlantern is simultaneously Moses leading his people to a promised land, and Cain, introducer of mortality. He’s noble and selfless, but also sometimes arrogant and messianic, one of those “men who always want the story to be about themselves,” whom Family wisdom warned against. He’s also that great figure from proto-SF, Og the Caveman who discovers fire of one sort or another. The Jean Auel Ayla-type sport who leapfrogs humanity to new levels. In short, the surface story, totally inveigling, is just the tip of the glacier.

Avram Davidson had a classic story ‘way back when, “The House the Blakeneys Built,” about a similar situation played for black comedy. Beckett’s version is in some ways more rudimentary than Davidson’s—lots of delightful pulp adventuring of an almost Burroughsian flavor—and in some ways more subtle: no slapstick farce, and more genuine insights into matters of leadership, loyalty, hatred and the destiny of individuals and a species. It’s a great shining pearl of an oasis on this dark-stranded genre necklace. 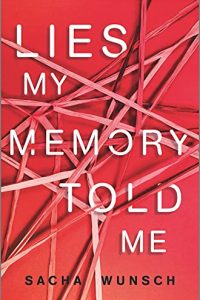 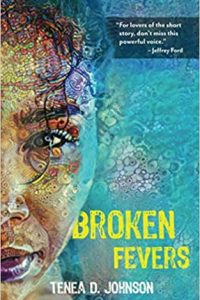