The Humble eBook bundle is a “pay-what-you-want” offer that will run for the next two weeks, allowing readers to purchase a six-title DRM-free e-book package for whatever amount they choose to pay.

Buyers can choose to allocate a portion (or the entirety) of their payment to charities including the Electric Frontier Foundation, the Science Fiction and Fantasy Writers of America, or Child’s Play Charity.

You can check out the promotional video here: http://youtu.be/-aPsc0BDcJs

This is the second book promotion Humble Bundle has done. They have previously sold video game and music bundles on the same “pay-what-you-want” basis, and have raised over $13.5 million for charity so far.

Titles included in the package are:

The site tracks and displays the average donation amount, and those who choose to pay more than the average will also receive The Last Unicorn: Deluxe Edition by Peter Beagle and Just a Geek by Wil Wheaton. 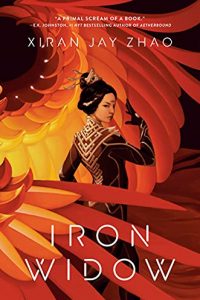 July 20, 2016 admin Comments Off on SFWA Opens to Game Writers