Starting from the state of technology and scientific knowledge when the Wright Brothers flew, a plane that could fly many times the speed of sound at almost the altitude of space and was invisible to radar (to what?) as well would have looked to be completely impossible. Let alone a vehicle that could fly to the moons of Jupiter and take photos of them.  And yet, a hundred years later, here they are.

It’s not a matter of technological possibility, though, is it? It’s political will.

And if there’s going to be another Cold War-esque pissing contest that leads to that sort of stuff happening again, I feel pretty confident that the States is unlikely to be one of the two sides of such; that particular empire is well into its sunset*. If anyone’s going to Mars, they’re probably going to be Chinese.

*Take this from a Brit; we know what a dying empire looks and feels like, and that you never realise it’s dying until long after it’s dead. Hell, half of us still haven’t realised it yet; that’s why our politics are so screwed.

But that’s what is so interesting to me about the development of space tourism: it starts opening up avenues for us to pursue the goal that aren’t dependent on the support of a national government. Early trans-Atlantic voyages were royally funded; later you got more involvement from private interests. We need the latter, for this to go anywhere in the long run.

Which brings us back to Robert A. Heinlein and “The Man Who Sold the Moon.”

True, but until we break out of the rocketry paradigm, it’s going to stay very much the province of SilVal panjandrums and other terrifyingly wealthy folks. It’s all about cost-per-kg to orbit; doesn’t scale like, say, jet airplane travel.

I’ve long felt that’s true: given the structure of our economic development systems, we’ll really start expanding into space (as opposed to government subsidized exploration ala Lewis and Clarke) when people find ways to make real money off it. Until then, things will be pretty slow. After that, you won’t be able to throw a rock without hitting a private spaceship, I suspect. Look at Low Earth Orbit up to GEO: thanks to all the money in telecoms, it’s getting mighty crowded up there.

I agree.  It’ll be money-making industrial processes that get us into space in a big way.  Space factories slowly gathering clusters of habitats around them, mines on the Moon with communities slowly growing up around them.  Once someone comes up with a way to make Big Money by going into space, it’ll be check-and-jowl with corporations up there.

Does it matter if it’s the Chinese who do it, as long as somebody does?

Can you give me your dealer’s number, Mister Bisson?

Hey, I wasn’t kidding. Robots work for me. I love Nevada but only get out of the car to pee. I suspect Earth orbit will be possible by midcentury and would do that in a heartbeat but alas I will miss it.

This morning’s New York Times says that over 500 people have signed up for Virgin Galactic’s first commercial space trip sometime next year, and the pic accompanying the article looks like something Chesley Bonestell might have painted in 1950. Except that he didn’t have the word “Virgin” splashed across the fuselage.

When they break the age barrier, I’m on board.

This has always been one of Stan’s things. I say we get Stan to make this come true, now.

Stan is trying his best to move us along!  You have to have the vision first.  I think.  I surfed when I was a teenager, and maybe that’s the age when I would have been adventurous enough to surf Saturn’s rings, as do the intrepid characters in 2312.

If drafted, I’d say I’d like best to cruise in one of Egan’s futures.  I don’t remember the book, but one of the characters spends his endless time learning languages, mastering skills, reading history, etc.  His female companion thinks he’s addled and just doesn’t get it.  Maybe I’d actually make the stunning table I saw in a woodworking magazine in a waiting room yesterday.  I’d have time to dry the wood for several years . . . but wait!  What are years, and where would I get the wood?  If it’s instantly nano-made, then design and value issues change radically, don’t they?  No, those who go on these trips would be a lot different than me.

I’m almost deliriously happy to be here on Earth.  Unless forced off the planet in an ark while escaping complete catastrophe (and why would they take me, anyway?–that part would have to be an accident), I’m pretty sure I wouldn’t go. On the ark, I’d stare out the window at the dying Earth and mourn.  I’m hard to please.

I can easily imagine other selves, though, and futures into which those selves would venture with a variety of emotions.

With 3-d printing, soon we’ll be making our own worlds.

I’ve got news for all those who think Stan Robinson is going to lead us into Outer Space: He’s not even on Facebook, and he thinks computers are for writing!

His the brain, ours the execution.

Most of the time I feel like that guy in Simak’s “Huddling Place” who doesn’t ever want to leave his house. I’m not agoraphobic or anything, but I find most travel a hassle. The planning. The packing. The long lines.  The confusion and disorientation of new places. Feeling lost. Etc. etc.  What can I say? I’m a travel wimp. That said, I actually like being in new places and seeing new sights–so long as those sights are mainly used bookshops or cocktail parties where there are lots of old friends. On the whole, I’d rather go to a really good sf or fantasy convention than to Mars. If I did go to Mars, I suspect the whole experience might turn out to be yet another example of Stendhal’s famous remark about sex: Is that it? Is this all there is? Expectations nearly always trump reality.

When I was seven years old I totally believed I would be living in space. It was 1971 and when we were asked to write an essay for the school magazine mine was about how I was going to grow up to be a geologist and live on Mars. It was obviously going to happen. Everything I saw (space missions on TV) and read (Heinlein juveniles and cool books on future cities) said so. I was consumed by the romance of it. Would I go now that I know Mars looks like Nevada but it really wants to kill you and you’d have to live in a tin can probably below the surface? I don’t know. I’d go to the Moon for a weekend, I’d go into near Earth orbit, but I can’t see going into space. Every now and then I remember that everything near us is basically made up of possibly pretty rocks and ice sitting in places that are almost certainly fatal and mostly have poor lighting. But I like the idea. And I agree – I think McAuley is the closest to what it’ll be like in the short term, but Egan or Stross are closer if we’re ever going to get significantly off world (something I doubt).

1) I see the exploration (but more “significantly” the exploitation) of space as riding on the already pellmell development of 3D Printer technologies — the 3D Printer being potentially more transformative than the transistor, especially out there, which is full of raw materials awaiting our touch. Self-replicating 3D Printers already exist. In the taxing environments out there, it is easy to assume that self-improving 3D Printers are next.

2) The ownership of the solar system — whether or not in so many words — is likely to be in private hands, god help us. We will see two classes of humans actually occupying space: those who already own us, who will live in portable Dubais; the 99.9% rest of us (when needed) who will enjoy individually as much stake in the profits as any sweatshop worker in Bengal. Which moiety members of this list will tend to occupy is of course likely to be the 0.1% of owners, because we are virtuous.

3) Impulses towards genuine exploration, which is to say with no commercial mission statement involved, may remain government-sourced, but comparatively ill-funded.

To be continued even some more… 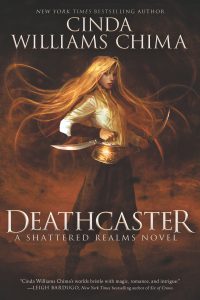