Issue 43, 2013—
E5.95, 63pp
• This issue of the Irish SF magazine has fiction by Michael Banker (winner of the Aeon Award 2011), Joe L. Murr, Francisco Mejia, David Loel, Benedick Johnson (2nd place), Kevin Brown, and David Gullen (3rd place).
• Features include a roundtable asking numerous writing what is “The Most Important Issue Facing Writers Today?”, with David Gerrold, Robert J. Sawyer, and many others; and book reviews by Juliet McKenna and David Conyers.
• The magazine’s website has this profile of the issue.

April 2013—
Issue 36.2, $5, 40pp, cover art by Ed Binkley
• This issue has poetry by David C. Kopaska-Merkel, Robert Frazier, Ann K. Schwader, Bruce Boston, and many others.
• Features include an editorial by F.J. Bergmann, a President’s Message by David C. Kopaska-Merkel, small press reviews, and a poem by Esteban Moscarda in Spanish and its English translation by Fred W. Bergmann.

Spring 2013—
Issue 272, £4.00, 55pp
• This “Best of 2012” issue includes a section of short essays by various contributors discussing their favorite books or films of the year, and essays by Sophie Halliday, Alison Page, and Tony Jones on US TV, UK TV, and SF Audio respectively.
• Columns are by Andy Sawyer, Paul Kincaid, and Stephen Baxter.
• The lengthy book review section includes the results of a BSFA reviewers’ poll for best SF book of 2012, led by M. John Harrison, Adam Roberts, and Kim Stanley Robinson. 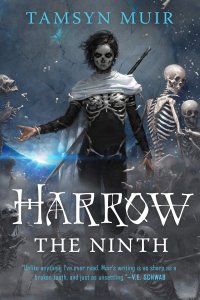 JULIE ELIZABETH STARINK was born April 11, 1955 in Exeter, Ontario, and lived with her family on the air force base in Centralia. She attended the University of Waterloo, where she studied biology and met future husband Roger Czerneda, married in 1976. She did her graduate studies at the University of Saskatchewan, researching fish and the evolution of reproductive communication systems, and also attended Queen’s University. After that, she