At the SF Encyclopedia, John Clute sums up the career of Bruce McAllister (the first of whose eighty-some short stories appeared in 1963) with his trademark critical “excessive candour.” “Because his first novel was published in a dying series (it was a late Ace Special), because his second novel speaks unrelentingly of painful matters, and because his shorter work remained scattered until late in his career, McAllister continued to be relatively obscure long past the point at which he should have attained considerable prominence.”

It is within your power to help remedy this relative neglect of a fine writer by devoting some attention to McAllister’s third novel, The Village Sang To The Sea. But the deal is hardly a one-way street. In return, you will receive a magnificent reading experience, shimmering and vital, at once otherworldly and naturalistic, that recalls such fine ancestors as Ray Bradbury’s Dandelion Wine and Jeffrey Ford’s The Shadow Year.

The first thing to mention about the book is that it is a “novel in stories.” Or, rather, that its several well-integrated parts, cohering into an organic whole under these covers, first appeared separately in such places as F&SF and Asimov’s. But, additionally, new material is here to form bridges.

After a prologue which looks evocatively back on the matter which is to follow, with the sensibilities of the writer that the protagonist has become in adulthood, we are plunged into the vivid immediacy of a young lad’s immersion in foreignness. Brad Lattimer’s family—just himself and his parents—has to relocate under US Navy orders to the Italian seaside town of Lerici—famed in history for hosting Mary Shelley during her Frankenstein reveries. To start us off, the town and its ambiance are limned with the exactitude and poetry of Lawrence Durrell’s travel books in Chapter II, “Magic.”

Chapter III, “Poison,” begins to assemble Brad’s native peers onstage, and to sketch his mother and father. While Dad is given less focus, Brad’s Mom emerges keenly as a sad and distraught soul, continuing to grieve over the death of Brad’s younger brother as an infant, and to oscillate between anger and over-protectiveness. Partly due to this fraught atmosphere, Brad feels he must go alone to confront the local witch, or strega, who he feels poisoned his cat. But what he learns about the woman and her strange herd of lizards is not what he foresaw.

Chapter IV, “Ombra,” is a small vignette that nonetheless solidifies certain lessons in Brad’s life. But it’s the next chapter, “The Bleeding Child,” that represents the first full liftoff of the book into Robert Aickman or Thomas Ligotti weirdness. The nearby deserted village of Magusa holds eerie mysteries that entrap Brad when he ventures in pursuit of a stray dog he seeks to befriend. The affairs of the villagers are intimately entwined with Brad’s own desires for a canine companion, leading to the beautiful bit of wisdom that ends the section:

“It was okay, I told myself even then, to know love and magic—to have good friends or a scrawny dog or a terrible night in a village forgotten by God—for just a moment in time, and then to move on, living your life as you need to live it to become what you need to become, in a world where war sometimes does not feel like war at all, and blood does not have to mean dying.”

This type of quiet poetic epiphany, hard-won, typifies this novel’s tone and stance. It’s a book whose joys are bright, but always in danger of being swamped by shadows—shadows invited by inattention, misapprehension, or just the treacherous, seductive nature of the cosmos.

Two equally dramatic and satisfying chapters—”The Woman Who Waited Forever” and “Heart of Hearts”—further deepen Brad’s maturation, his Odyssean voyage across the terrain of his own fears and longings. In the former story, a playful visit to an abandoned hospital with a rowdy fellow American and some other pals leads to mortal danger for one kid, and the attentions of a mysterious savior. “Heart of Hearts” propels the endgame of the book. A strange girl named Livia puts Brad under her spell, with his life and destiny in jeopardy, and only a pilgrimage across Italy—recounted in the subsequent chapter, “Canticle of the Animals”—holds the key to his recovery, which ultimately necessitates his return to the USA, and the close of this Italian idyll-cum-testing.

McAllister’s book radiates an elegiac and meditative aura, as of puzzles that continue to perplex even after their solutions seem conclusive. It charts the slippery interfaces and interstices between the quotidian and the supernal, a realm most of us shut out and pretend does not exist. If classic Italian cinema still flourished—a world in decline and decay and evanescence, much like Brad’s memories—then it would require a combination of the talents of Vittorio De Sica and Roberto Rossellini to film this haunting biography of boy and his village.

The Village Sang To The Sea: A Memoir of Magic 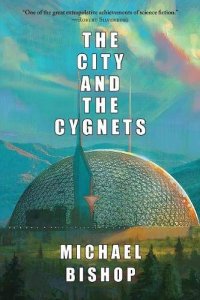 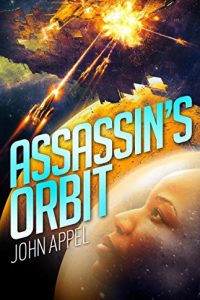