May 2013—
Issue 48, cover art by Carrie Ann Baade
• Fiction in this issue is by E. Lily Yu, Emily Jiang, Joe R. Lansdale, and Douglas F. Warrick.
• Poetry is by Shira Lipkin.
• Nonfiction includes an interview with Joe R. Lansdale, an essay by Sigrid Ellis, and notes from the editor and publisher.

May 2013—
Issue 60
• This long-time Australian ‘zine, published since 1990, is now online, with monthly issues (for purchase) including a couple stories in each issue.
• This issue, again edited by Michael Pryor, has stories by Michael Pryor, Marta Salek, and James Bradley.
• There’s also an interview with Richard Harland, reviews, and Carissa Thorp’s weblog.

May 2013—
• Stories posted in May, listed in this News blog post, are by Robert Reed, Bridget A. Natale, Alex Shvartsman, Mari Ness, Catherine E. Tobler, and many others.

May 2013—
Issue 8, cover art by Benjamin König
• Stories this month are by Tanith Lee, Caitlin R. Kiernan, Caspian Gray, and Neil Gaiman.
• Nonfiction includes an interview with Steve Niles, and a column by Nathan Ballingrud.

mid-May 2013—
• The lead review in this issue is Christopher DeFilippis on Robert Jordan and Brandon Sanderson’s A Memory of Light.
• Other reviews cover titles by Rick Yancey, Jonathan Oliver, Alastair Reynolds, and others.
• Columns are by D. Douglas Fratz, Rick Klaw & Mark London Williams, and Neil Walsh. 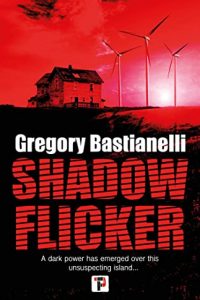 Being close to the end of the year, it occurs to me it might be interesting to talk about some of the books we’re most looking forward to in 2015, and why. I will mention three to get the ball rolling. Daryl Gregory’s Harrison Squared (March 24, 2015). I love Daryl’s writing, and this Lovecraftian teen story promises to be dark, comical and poignant all in one. Kit Reed’s Where