The following is an open letter from Jeremy Lassen, co-0wner of Night Shade Books.

By now most of you had have probably heard that Night Shade is in the process of being bought out.  As many of you know, for a long time, Night Shade has been struggling financially. In evaluating our long-term outlook, Jason and I determined that those struggles would continue for an indefinite period of time. During that time, authors would continue to be paid late, and Night Shade’s reputation would continue to be dragged through the mud because of late payments, which would in turn make the day-to-day process of publishing books in a profitable manner all the harder.

In looking for a buyer, our first priority was to find someone who would make sure all of our authors got paid in full.  That was my first priority. I have always promised that while we might be late, authors would eventually get all the money that was due to them. Our second priority was to find buyers who could do justice to the diverse and talented stable of writers that we have at Night Shade. And we wanted someone who would ensure that books under contract would come out and be sold and promoted well, and that books already out would continue to be sold and promoted.

Those were our requirements, and we feel that we found buyers who could fulfill those requirements. One of THEIR requirements is to make back their investment. And part of that is to put some things in place that authors need to sign off on.  I always knew this would be difficult, but Night Shade worked closely with SFWA to ensure that the terms our buyers were asking for were fair and equitable to the authors involved. And frankly, this is the best I could do. I tried very hard, and this was the best solution I could come up with to ensure that ALL authors are paid ALL of the money they are owed.

Let me also be clear… the buyers need a certain amount of the authors to sign off on the deal, or the deal doesn’t happen.  I can’t say exactly what will happen if the deal doesn’t go through, but if it doesn’t, there will long period of uncertainty, for Night Shade, and for our authors.

I also want to be frank. There are many authors in the community who do not like Night Shade — some for reasons that are perfectly legitimate (we paid them late, or still owe them money, or their book didn’t sell enough copies), and some for reasons that continue to baffle me. I wish this was not the case. I have always tried hard to be open and friendly and honest, and I have always tried to do right by my authors.  And even when authors are, IMO, irrationally angry, or publicly lambast me for things that I do not think I have done, I have never taken shots at them or contradicted them. I have stoically accepted criticism of Night Shade, and of myself personally, and as a rule, do not respond to those criticisms publicly.

Many of these people are using this deal as a whipping rod, publically lambasting Night Shade, in public forums and in private. That’s fine too. I simply ask that you view their opinions in the proper context. Are those opinions about the relative merits of the deal, or is there a personal axe that is being ground?

I have lost friends, because business gets in the way of what used to be a solid personal relationship. This simple fact has caused me grief that I can not begin to convey to you. I wish I could make it up, in some way, to all the people who feel that I have let them down. Partly, that is what this deal is about. Making sure my friends and former friends get taken care of financially.

This business has taken a huge toll on me personally, professionally, and financially. But I have never asked the genre community for sympathy, because it as a road that I chose to go down, of my own free will.  Right now, I’m asking for sympathy, and I’m asking for help.

If you are one of my authors(or their agent), you have my direct email address and phone number. Please feel free to contact me with any questions or concerns you might have, and if you want the view of an in impartial group who is intimately familiar with the details of this deal, please contact SFWA. 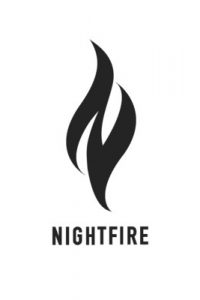