A Memory of Light by Robert Jordan & Brandon Sanderson exploded into first place on the hardcover list this month, hitting number one on every bookstore’s list that reported hardcover sales to us. Kim Harrison’s Ever After debuted in second, with the new runner-up This Book is Full of Spiders by David Wong (Dunne), out of 46 titles nominated, down a bit from the 53 we saw last month.

George R.R. Martin ruled the paperback list once again, with A Game of Thrones taking first place and A Clash of Kings taking second. The runner-up was Gardens of the Moon by Steven Erikson (Tor) with 60 titles nominated, up from last month’s 53.

Redshirts by John Scalzi scored the number one spot on the trade paperback list this month by an enormous margin. The Inexplicables by Cherie Priest (Tor) was the new runner-up, with 40 titles nominated, up from the 37 we saw last month.

Timothy Zahn’s Star Wars: Scoundrels debuted in first place on the media-related titles this month, and there was no new runner-up. There were 15 titles nominated, down from last month’s 22.

Assassin’s Creed: Forsaken by Oliver Bowden and Pathfinder Tales: Queen of Thorns by Dave Gross tied for first in the gaming-related titles, with Warhammer 40,000: The Horus Heresy: Angel Exterminatus by Graham McNeill (Black Library US) as the new runner-up. There were 20 titles nominated, up from the 13 we saw last month. 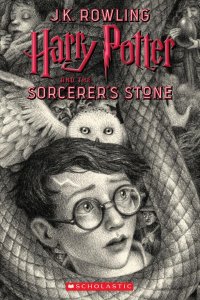 Rovina Cai is a freelance illustrator from Melbourne, Australia. She creates intriguing images that make you linger, hungry to know the story behind them. Her work is often inspired by the past; from fairy tales to gothic novels, these stories resonate with her because they bring a little bit of magic and wonder to the present day. Rovina has worked with an eclectic range of clients, including The Folio Society,