The club of writers who blend science fiction with mystery tropes in a rigorous fashion has never been a large one. True, lots of SF books feature some type of investigation or pursuit of concealed knowledge, perhaps involving misdeeds and featuring bad guys and good guys and the hazy zone between them. But that’s almost broad enough to be a definition of fiction in general, and does not necessarily mean that a book conforms in any programmatic fashion to the various acknowledged subgenres of the mystery field honed for a century. For, you see, the type of book codified perfectly by Isaac Asimov in his The Caves of Steel and The Naked Sun is rare indeed, hard to bring off since the writer must obey and honor two sets of genre expectations at once.

Nowadays, though, we do have a handful of practitioners seeking to play fair with the rules of SF and the rules of the mystery simultaneously. Peter Hamilton, Jack McDevitt, Matthew Hughes, Nora Robb, and Richard Morgan spring immediately to mind. Many of their books hew religiously to the parallel strictures and structures of whodunnit and what if, providing unique hybrid pleasures.

Robert Sawyer’s newest novel—incorporating and expanding his well-received novella “Identity Theft”—joins these ranks with zest and enthusiasm, providing a ride both criminal and stefnal.

Sawyer’s book concerns Alex Lomax, the only private eye on Mars, dwelling in the rundown, private-enterprise-run, domed burg known as New Klondike. (Of course Lomax handles the narration himself, in the finest Chandler tradition, although he’s parsimonious with the snark and outrageous metaphors—which is all to the good, as a surfeit of such verbal fireworks always tends to seem parodic. But restraint does not stop an occasional zinger such as: “The couch was a threadbare affair on which I’d pursued many a threadbare affair.”)

Lomax’s first case occupies the initial ten chapters, and in fact is equivalent to “Identity Theft.” We learn immediately that this future includes the possibility of uploading one’s complete self into a new artificial body, more robot than android (“transfers,” they are called), a superior and resilient type of being equipped with lifelike synthetic skin, flesh and sensory apparatus. The prize being sought by a mysterious criminal is Alpha, the motherlode of valuable Martian fossils, and in a game of bodily musical chairs, the reader is never certain of who is whom. But Sawyer plays absolutely on the up-and-up, outlining the parameters of his new world clearly and providing enough information to make his resolution very satisfactory and suspenseful.

One would imagine that Sawyer might have some trouble extending such a neatly closed and self-sufficient case into a full novel in an organic, continuous fashion, rather than presenting it as just the first of several unrelated incidents. But such is not the verdict here. The seeds planted in those first ten chapters begin to blossom in strange yet logical ways.

Two months later, Rory Pickover, the expert who has deduced the location of Alpha, walks into Lomax’s office, his transfer body partially disfigured. He enlists Lomax’s help in securing the site. But immediately, danger follows, in the form of a beautiful visitor from Earth, Lakshmi Chatterji, ostensibly an innocent visiting writer. And out on the surface of Mars, death lurks in the simplest accident, and with so many riches at stake, “accidents” are everywhere.

Sawyer has a lot of fun with the typical mystery novel doings, always keeping one or two steps ahead of the reader’s guesses. Dames and gats, treachery and MacGuffins abound—all of course flavored with a space-age ambiance. There’s nothing revolutionary or postmodern about Sawyer’s detective or Lomax’s antics. It’s just classic PI jollies, rendered with craftsmanly virtues. Sawyer introduces some deep backstory to complicate the plot, and zigs and zags in unpredictable fashion, always keeping the reader alert and entertained.

But at the same time, Sawyer is subtly priming us with his version of Mars, a venue of course plumbed deeply in so many recent books. Here’s an example of how Sawyer keeps his Mars fresh.

“See, on Earth sedimentary rocks have been forming for billions of years. But on Mars, sedimentation came to an end over three and a half billion years ago, when the open bodies of water dried up. So, instead of ancient sediments being deeply buried, they’re right on the surface—or just about. The water ice close to the surface here at the Alpha long ago either disassociated or sublimated, leaving eight or ten centimeters of loose, dry sand overtop of the ancient matrix. At the Alpha, that matrix is made out of areslithia—Mars stone. It’s really just sand and silt fused with water ice; the ground here is as much as sixty percent water ice by weight.”

That reads to me like a stimulating report of unexpected findings from the Curiosity rover. But at the same time, Sawyer teases out the implications from his science: that Martian fossils are often to be found lying about on the surface of the planet—a great conceit that’s pure Bradbury or Burroughs.

My one quibble with the book is its kind of patchwork, pick-and-choose future. Nanotech architectural assemblers and uploaded personalities sit side by side with computer keyboards and references to Humphrey Bogart. It’s true that, as we see in today’s cultural landscape, old and new often coexist. And it’s true that Sawyer’s future works just fine for his purposes, its seams papered over by action. But comparison with a book like Peter Hamilton’s newest SF mystery, Great North Road, reveal what a more radical and integrated future can look like.

But such a shortcoming is easy to forgive, in the light of the entertainment derived, and Red Planet Blues ultimately should sit on the shelf right next to David Brin’s thematically and topically allied Kiln People, as an example of how to hit two targets with one shot. 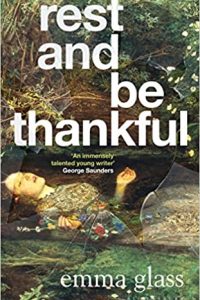 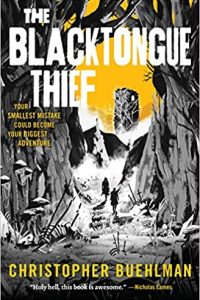 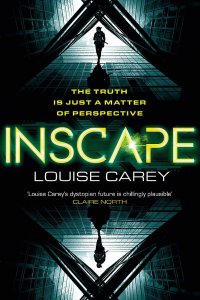