In this episode, centered on China, our guests are:

Ken Liu, an author and translator of speculative fiction, as well as a lawyer and programmer. His fiction has appeared in The Magazine of Fantasy & Science Fiction, Asimov’s, Analog, Clarkesworld, Lightspeed, and Strange Horizons, among other places. He has won a Nebula, a Hugo, a World Fantasy Award, and a Science Fiction & Fantasy Translation Award, and been nominated for the Sturgeon and the Locus Awards. He lives with his family near Boston, Massachusetts.

Chen Qiufan (a.k.a. Stanley Chan), born in Swatow, China. He is a science fiction writer, a columnist and an online advertising strategist. Since 2004, he has published over 30 stories in Science Fiction World, Esquire, Chutzpah and other magazines and had his novella The Abyss of Vision (2006) and novel The Waste Tide (2013) published. He won several awards, Taiwan’s Dragon Fantasy Award, China Galaxy Award, Chinese Nebula Award and a SF & Fantasy Translation Award (Translated by Ken Liu). He had several stories translated into English (mostly by Ken Liu) and Italian, published on Clarkesworld, Interzone, F & SF and other magazines. He now lives in Beijing and works for Google China.

What is the fan scene like in your country (conventions, fanzines, etc.)?

What English-speaking writers are popular in your country?

What writers from your country are available in translation into English?

What writers from your country would you like to see translated into English?

For more information about science fiction from non-English-speaking countries see the Science Fiction and Fantasy Translation Awards, the World SF blog and the Europa SF blog. 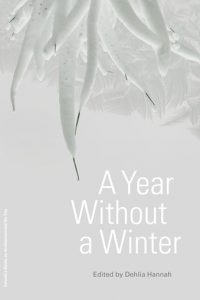 It All Started When: Cheryl Morgan