Jesse Bullington, The Folly of the World
(Orbit Dec 2012)

This historical fantasy revels in the grime and filth – human and otherwise – found in the aftermath of the Saint Elizabeth Flood that devastated Holland in 1421, with a trio of conspirators out to make a profit from the chaos. ‘‘Suspense and horror lurk around the edges of this gritty, ribald book where nothing comes easy.’’ [Faren Miller]

The latest lavish installment in this essential annual art book series presents more than 500 gorgeously reproduced images by over 300 artists, selected by a jury of experts in the field.

The latest novel in the series begun with Jumper (1992) continues to provocatively explore the human and social consequences of individuals who develop the power to teleport, this time following original jumper David’s teenage daughter Millicent as she discovers the limits and possibilities of her ability. ‘‘The Heinlein heritage is hard to avoid in YA (or YA-ish, or kid-protagonist) science fiction, and while Impulse has a modern YA sensibility… it still has a particularly strong affinity to the Old Man’s picture of the value of discipline, hard work, and general competence in the life of a young person.’’ [Russell Letson]

This science fiction thriller is a standalone of epic proportions, combining police procedural elements and the hunt for a serial killer of clones with keen extrapolation about the world of 2143, set among scattered colony worlds.

This collection of 28 essays and speeches, selected by the beloved children’s author before her death in 2011, demonstrates the depth and breadth of her understanding and insight into all facets of literature, as a writer and a critic. Also includes an interview with Jones, contributions from her family members, a foreword by Neil Gaiman, an introduction by Charlie Butler, and a preface by Jones herself.

The noted SF critic’s first foray into novel-length fiction begins the four-book Rhapsody of Blood series, presenting parallel plotlines about Mara the Huntress, a mythical figure given power by the gods to defend the weak against the strong, and Emma Jones, a woman who fights supernatural evil in the contemporary world. ‘‘While the novel covers some familiar bases of both mythological and urban fantasy, it’s also informed in sly ways by Kaveney’s shrewd understanding of the true subtexts of comics, Buffy, superheroes, and various SF films.’’ [Gary K. Wolfe]

This slim collection by one of our most consistently ambitious and excellent short fiction writers collects four original stories, all set in her native Australia, with an introduction by Jane Yolen. A ‘‘writer whose short fiction has stealthily resisted classification, unless you consider ‘Margo Lanagan stories’ as a kind of classification by itself… her new collection… may come as something of a revelation even to devoted Lanagan readers.’’ [Gary K. Wolfe]

The celebrated YA writer creates a moving and romantic story with a high-concept fantasy element at its heart: each day the bodiless intelligence that calls itself ‘‘A’’ wakes up in control of a new teenager’s body, and does its best not to interfere in the life of its unwilling host – until A falls in love with his latest host’s girlfriend. In ‘‘his most accomplished – and most fantastical – work yet… Levithan resists the easy, the overly comforting, and in doing so manages a breathtaking and honest exploration of what love means.’’ [Gwenda Bond]

One of the leading lights of YA fantasy explores a metropolis of daimons called The City, and the Carnival of Souls at its center, where every sort of pleasure and pain can be had for a price. Mallory’s father fled The City to raise her as a human in the mundane world, but even though she pretends to be a normal teenage girl, Mallory can’t escape the consequences of her heritage or the lure of the Carnival forever.

The first English-language collection by the Swedish author brings together 13 of her strange and lyrical stories of the fantastic, two original and five previously published only in Swedish, with translations by the author herself. She ‘‘promises to be one of the most distinctive new voices in short fiction since Margo Lanagan.’’ [Gary K. Wolfe]

This secret history novella brings together Samuel Clemens – the tragic private person behind the public persona of writer and lecturer Mark Twain – and eccentric scientist Nikola Tesla in a tale of loss, discovery, and first contact. ‘‘Despite the Ragtime-like sense of a slice of Gilded Age life among the historically prominent, this really is SF… Once again, Williams demonstrates the range of his writerly chops.’’ [Russell Letson] 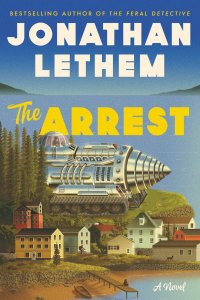 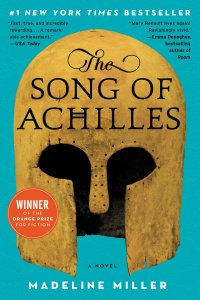 I read a lot of books in familiar series this year, and only a few really stood out. Ilona Andrews’s Sapphire Flames is a fun start to a new trilogy in the Hidden Legacy series of urban fantasy romances, focusing on Catalina, the second daughter in the heavily armed Baylor family, taking over as Head of the family’s House with her rare but powerful talent as a Siren – and