At its core, Adam Roberts’s By Light Alone is a book about economics and class that is premised on a simple supposition: what if some technology came along that allowed the haves to no longer worry about providing the have-nots with food? And what spun out of Roberts’s fertile brain is a brilliant book about, yes, economics and class, but also about families and power and gender.

The story opens on George and Marie, two married one percenters on a ski vacation. They’ve brought their two kids, who are both status symbols and devoutly loved, and left them in the care of a nanny, who has benefited from the aforementioned technology. With ‘‘New Hair,’’ humans can now live like plants and generate all of the nourishment they need from the sun.

The rift between the new hair-having underclass and the few elites who remain grows ever wider as wealth grows ever more concentrated and the environment ever more chaotic. But couples like George and Marie are forced into contact with the longhairs whose work can’t be done by machines. It’s this friction – between ‘‘real people’’ and the ‘‘longhairs’’ – that releases the first domino in this intricate story.

A book about economics shouldn’t be as engaging as By Light Alone is, but Roberts is skilled at meshing both idea and character in a way that makes each feel equally vital. While the plight that George and Marie find themselves in is what drives you to keep reading, it’s the underlying social reasons for their plight in Roberts’s constructed future that make this a book ripe for re-reading and reminds you how powerful science fiction can be. 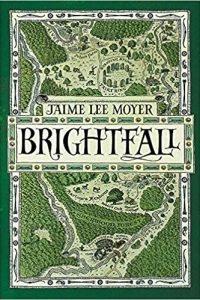