UK writer Steve Aylett is a genius of the bizarre, a whacked-out psychedelic wordsmith and literary prankster whose name should be a byword among all those readers who enjoy the antics of Rhys Hughes or Flann O’Brien, Rudy Rucker or William Burroughs, Michael Moorcock or Grant Morrison, R. A. Lafferty or David Bunch. His brand of fantastika features stream-of-consciousness riffs that are really extremely honed prose poems, juggling acts involving genre tropes and themes which are transmogrified by his repurposings and repatternings. And yet at the same time the narrative drive of his tales is not absent or null, as in mere avant-garde experimentalism. His stories move through weird hallucinatory spaces where physics, psychology, biology and other baseline paradigms might be totally skewed. Yet they limn a coherent subcreation with its own rules that allow for satisfying action, development, climaxes and denouements. Reading Aylett, you are gripped by pure mythic narrative drive and engagement, almost like listening to some Ur-teller of preliterate tales, before “the origin of consciousness in the breakdown of the bicameral mind.”

But this sterling estimation of Aylett’s talents is not held by publishers or the readership at large, leaving him a minority taste, and his books generally inaccessible. This is a crime against literature. For a time, my estimable old publisher, Four Walls Eight Windows, was also Aylett’s US supporter. But those salad days are gone, with the demise of 4W8W. Luckily, in this age of e-books and self-publishing, Aylett has regained control of all his work and offers it through his website, in handsome editions. Let’s look at a sampling, all found under his Scar Garden imprint: “All Steve Aylett, all the bloody time!”

Fain the Sorceror was originally part of the PS Press novella series, and saw print in 2006, garnering much praise. As comics bard Alan Moore says in a splendid introduction, it might very well be Aylett’s most conventional work, reading like a cross between Jack Vance’s The Dying Earth and James Branch Cabell’s Jurgen, as retold by Donald Barthelme. Humble, whimsical, adventurous Fain the Gardener seeks the hand of a sleeping princess, but in so doing mires himself deeper and deeper in convoluted time-travel doings, encountering oddball wizards and supernatural beings galore. Just when you imagine Aylett cannot twist the plot more intricately, he does so. Yet this jape of a tale comes across ultimately as surprisingly philosophical and melancholy, as it shows us the maturation and seasoning of a goodhearted, free-spirited individual we learn to care about.

“Free spirits” might in fact be Aylett’s major subject: their nature, their maltreatment by the world at large, their lateral thinking, their undying resistance, martyrdom and ultimate redemption and victory. His story collection from 2010, Smithereens, is full of such protagonists. A rogue robot named Bossanova. The Kilgore-Trout-style SF writer Jeff Lint. (You can see Aylett’s feature-length mockumentary about Lint on YouTube.) The mad sea captain Samuel Light Sebastian. Two other elements of Aylett’s writing are apparent here. His HPL pastiche, “The Things in the City,” simultaneously serves as a cleverly coded social critique of empty modern lifestyles, reflecting Aylett’s engaged political stance. And the single-page musing “Sky” reads like a story one might find in Lady Churchill’s Rosebud Wristlet, all sensitive Millennial whimsy without being ironic.

I read Michael Moorcock’s trilogy The Dancers at the End of Time during its original appearance from 1974 to 1976, and never again. But its brilliant and fey Aubrey Beardsley decadence has remained vivid in my memory. In conceiving of life during an exotic period near the Big Crunch—our universe in entropic decline—Moorcock exhibited a true prescience about themes and tropes that would only fully emerge in SF decades later: posthumanism, post-scarcity, the Omega Point, and other far-future furniture. His ornate style and surrealism were the perfect match for this milieu.

So to say that Aylett’s 2011 entry in the franchise, Rebel at the End of Time, perfectly replicates Moorcock’s original is no small praise. Into this venue of cosmic wastrels, a perpetual Carrollian Teaparty, comes Leo del Toro, the displaced rebel. He starts boldly, kidnapping the naked and tattooed Regina Sparks. But soon the indifferent blitherings of Lord Jagged, Lord Volospion, the Iron Orchid and other immortals begins to unman him. Aylett’s perfect ear for Wodehousian, Monty-Python-esque dialogue conjures up a gloriously demented atmosphere, full of Daliesque abandon. And the mangled tales of the past which he has the Dancers recount are equal to Moorcock’s own such misprisions. This novel is the ultimate proof that “life is too important to be taken seriously.”

Finally, the book I have been most anticipating from Aylett is the final installment of his Beerlight series, Novahead, issued only in 2011. In creating the gonzo city of Beerlight, Aylett found his quintessential home, the defining heartland of his career to date. It’s a realm that resembles the cartoons of Underworld by Kaz, the paintings of Chris Mars, and the comicbook burg inhabited by Eric Powell’s Goon. The barriers between life and death, organic and inorganic, sense and madness, are highly permeable and shifting. It’s both a bardo existence and a life more vivid and concrete than our pale reality.

Our hero, Private Eye Taffy Atom, returns to Beerlight after an extended absence, only to find that the city is even more vicious and degraded than before. Immediately a hired lug tries to assassinate him in his office. This sets Atom off on a drunkard’s walk of a battle-strewn quest that ultimately brings him face to face with a young lad named Heber, whose head holds the apocalypse.

Aylett’s dialogue here approaches the oneiric brilliance of S. J. Perelman married to the pulp incoherence of Harry Stephen Keeler. Crack-brained metaphors of obscene beauty fly left and right like the smart bullets from the plague of guns that fills Beerlight. “He’s essentially a giant gauge boson for the force of ignorant action…” You could fill page after page with great quotes like that, only to realize you had reconstituted the entire book, line by line.

Aylett manages the near impossible task of reinvigorating the noir mode, blending deranged absurdism with suspense and actual clues that play straight with the reader.

This final novel lives up to the philosophy espoused by one of Atom’s many insane and self-centered interlocutors: “When a civilization ends, everything is recapitulated. All is regurgitated and retold. Scientifically it’s called the eschatonic recap.”

That’s Aylett all right, bard of the eschatonic recap.

Rebel at the End of Time 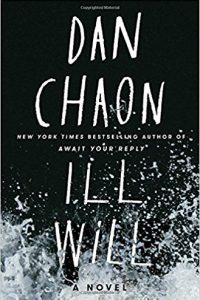