Here’s a fun conversation to finish off 2012. I once saw a bunch of suggestions for the proper collective noun for monsters (i.e., instead of a ‘murder of ravens’, a ‘mash of monsters’ or a ‘terror of monsters’, etc.)

Anyone want to take a crack at a collective noun for aliens?

Gardner Dozois: If they’re the kind from Alien, “An Outburst of Aliens” would seem appropriate.

Gary K. Wolfe: And if they’re from Invasion of the Body Snatchers, “an insinuation of aliens” might work.

Cecelia Holland: A nihilation of aliens.

Paul Di Filippo: Since it is generally acknowledged that aliens in SF are often simply humans in disguise for narrative or allegorical purposes, an “anthropomorphism of aliens” strikes me as useful.

Stefan Dziemianowicz: Since they can come from without, come from within, and assume all shapes and forms,  maybe “an amorphous of aliens”?

Siobhan Carroll: Given the reading on Elizabethan exploration I’ve been doing recently, I propose a “marvel of monsters,” which preserves the sense that monsters are supposed to show you something. Then again, a “grotesquerie of monsters” might work just as well.

Paul Graham Raven: Hmmmm – these are trickier than they appear, because ‘monsters’ and ‘aliens’ aren’t (necessarily) undifferentiated groups in the way that a collective of a single species would be. That said (and opening myself up to entirely justified accusations of fanboyism), surely a Mieville of monsters would be eminently appropriate? And to end with an invitation to navel-gazing: what would the c.n. be for genre critics?

Paul Witcover: For genre critics, how about “a carping of critics”?

Cecelia Holland: An envy of critics

Stefan Dziemianowicz: Or, for those more prone to review negatively, “a crapping of critics.”

Cecelia Holland: A crapping of cynics

James Patrick Kelly: An irrelevance of critics,  an otherness of aliens and an itch of bloggers.

Guy Gavriel Kay: Well, really: a synod of cynics; a sficiency of critics (for the genre)

Marie Brennan: I have to say I like a marvel of monsters, an otherness of aliens, and a sficiency of critics (genre-specific, of course.) I don’t remember which of my friends proposed “an argument of academics,” but I have to say it’s apt.

Charles Tan: In Chinese, “aliens” follow the same noun classifier as “people”, so… But on the theoretical level, aren’t we limiting aliens to one type, when the possibilities could be endless? A different collective noun for each type of alien! (Someone do an Abecedary of Aliens book?) If I were to choose one though, I do like Marie Brenna’s A Marvel of Monsters… (or an Argument of Academics)

Stefan Dziemianowicz: Charles’s observation that there is a potential plurality of each alien type suggests that a collective noun to capture them all might not be possible. How about “an anarchy of aliens?”

Fabio Fernandes: In the case of a hivemind, I’d suggest “an absolute of aliens”

Fabio Fernandes: Hey, I liked Guy’s suggestion. We could also go with “A FredricBrown of aliens” (thinking of Martians Go Home, of course)

Russell Letson: A tardiness of reviewers. An exhaustion of editors. But enough about me. . . .

Maureen Kincaid Speller: Was tempted to say a mothership of aliens but sense prevailed. A disappointment of critics, perhaps, as this is apparently what we so often are to the general reading community. (And I never did get round to posting a rumpus of monsters).

Stefan Dziemianowicz: Monsters was sulking in the corner, thinking that we were neglecting him in favor of aliens, until you threw “rumpus” into the ring. I like that!

Fabio Fernandes: There are no humans here, only us chickens (a roosting of aliens??)

Fabio Fernandes: An argument of academics. No arguing about that one!

Cecelia Holland: An algemein of aliens

John Clute: A patience of critics. A similtude of aliens. A moi of authors.

Stefan Dziemianowicz: I love how this conversation began with devising descriptors for monsters and aliens, and quickly came to include doing the same for critics and authors. Interesting word association. I can’t wait for the Rorschach test portion of this discussion.

Russell Letson: Don’t look at me–you’re the one showing the dirty pictures.

Guy Gavriel Kay: Are we being inexorably guided to: a rorschach of aliens. They are what we make them be…

Stefan Dziemianowicz: The Blob did look a little like an ink blot . . .

Paul Witcover: “A despair of writers.”  Possibly the best yet.  A profundity of poets.

Paul Graham Raven:  “A profundity of poets.” You must only know pros. For myself and the other poets of my acquaintance, “a piss-up” would be more apropos… 🙂

Elizabeth Hand: I love “a despair of writers.” In that vein, an anxiety of graduate students.

Elizabeth Hand: An addlepate of adolescents.

Karen Burnham: An angst of adolescents?

Michael Dirda: A clucking of critics.

Paul Witcover: A lunacy of lexicographers

Stefan Dziemianowcz: And considering that most of those bug-eyed alien covers were painted by Earl Bergey, we could extend this to “a bug-eye of Bergeys”. (Bergey also virtually invented the image of the space damsel in the steel brassiere–but, alliterative possibilities notwithstanding, I ain’t going there.)

Jonathan Strahan: A rejection of critics? A reflection of writers

Stefan Dziemianowicz: “A rejection of critics” Never trust a critic to do what a publisher does better.

Gary K. Wolfe: A babble of blurbs. It’s a good thing we’re getting all silly, here.

Stefan Dziemianowicz: A straitjacket of sillies?

Paul Witcover: An avoidance of agents.

Cecelia Holland: That would be a rejection of acquisitions editors

Jonathan Strahan: A ponderance of podcasters?

Cecelia Holland: Hey. Pods. We’re back to the aliens.

Jonathan Strahan: An aggrandisement of self-publishers?

Rachel Swirsky: I’m going with ‘a collective of collectives.’

Cecelia Holland: A soviet of collectives

Cecelia Holland: A roundtable of wit 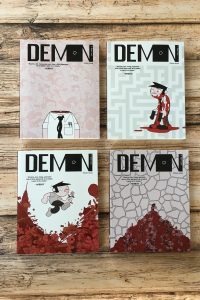 2 thoughts on “Roundtable on Collective Nouns”