November 2012—
• The two November stories are Holmes Sherlock: A Hwarhath Mystery by Eleanor Arnason, and Firebugs by Nina Kiriki Hoffman.
• Jonathan Strahan also provides an editorial.
• Lois Tilton reviewed this issue in her most recent column for Locus Online.

Summer/Fall 2012—
Issue 27, $5.00, 30pp, cover art by Paula Friedlander
• This issue has 18 poems by Ken Liu, Theodora Goss, Rachel Swirsky, sonya Taaffe, and others.
• The Mythic Delirium site has links to the wraparound cover and to the table of contents.

October-December 2012—
Issue 35.4, $5, 36pp, cover art by Skinny Gaviar
• This issue has poetry by Denise Dumars, James S. Dorr, Robert Borski, G.O. Clark, Bruce Boston, and many others.
• Features include an editorial by F.J. Bergmann, a President’s Message by David C. Kopaska-Merkel, a new “Stealth SF” column by Denise Dumars, small press reviews, and a con report.
• The magazine’s website has the complete table of contents with links to several sample poems.
• This issue is mailed with the 2012 Dwarf Stars anthology, edited by Geoffrey A. Landis and Joshua Gage; the website has the table of contents. 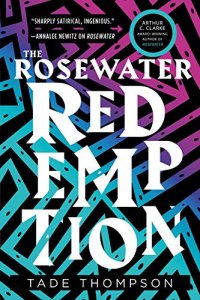 Cheating is a given. Inspectors certify that gas-station pumps are pumping unadulter­ated fuel and accurately reporting the count, and they put tamper-evident seals on the pumps that will alert them to attempts by station owners to fiddle the pumps in their favor. Same for voting machines, cash registers, and the scales at your grocery store. The basic theory of cheating is to assume that the cheater is ‘‘rational’’ and won’t