November 2012—
Issue 74, cover art by Ken Barthelmey
• Stories in this issue are by E. Catherine Tobler, Maggie Clark, and Brooke Wonders.
• Nonfiction includes an interview with Mark Lawrence, and essays by Mark Cole, on Asimov’s psychohistory, and Lev AC Rosen, on gay characters in fantasy.

October 2012—
Issue XXXVIII, £2.75, 52pp, cover art by David Conyers
• This issue, named Pasithee after the moon of Jupiter, has fiction by Alex Weinle, Lou van Zyl, Jon Wallace, Colum Paget, Rosie Oliver, and Allen Ashley, plus a poem by Ian Sales.
• The issue can be ordered individually from the magazine’s back issues page.

November 2012—
• The lead item in this issue are Steven H Silver on Andy Duncan’s The Pottawatomie Giant and Dave Truesdale’s interview of Anthony Huso
• Other reviews cover titles by Larry Correia, Daniel H. Wilson, Faith Hunter, Robin Hobb, and others. 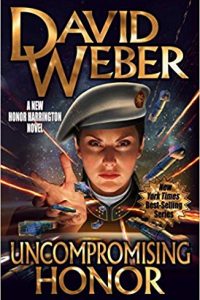 Nina Allan was born May 27, 1966 in Whitechapel, London, and grew up in the Midlands and West Sussex. She attended the University of Reading and the University of Exeter, and earned her master’s in literature at Corpus Christi College, Oxford. She has worked in record stores and as a bookseller. Allan began publishing SF with “Coming Around Again” in 2002. Notable stories include British Science Fiction Association Award finalists