Miles Vorkosigan, the offbeat young hero whose passage into adulthood took place over a number of adventures, is no longer central in Captain Vorpatril’s Alliance, but the title character turns out to be his cousin, Ivan Xav: a member of the Barrayaran ruling class, which strongly resembles 19th-century Britain’s aristocratic warriors and public servants, in an Empire expanded to interplanetary scale, facing enemies with their own place in the ‘‘wormhole nexus’’ and its history of colonizations after the human diaspora from Old Earth.

Though he’s son to the formidable Lady Alys, Ivan plays a middling role away from Barrayar: ‘‘Aide-de-camp, secretary, personal assistant, general dogsbody’’ to Admiral Desplains on the planet Komarr, with an occasional (reluctant) sideline doing tasks for other Vor in his extended family. This book opens when a ‘‘side-friend’’ who poses as a dissolute toff while working as a government spy asks Ivan to meet a girl, a person of interest who seems to have come to Komarr as some kind of political refugee, potentially the target of off-planet thugs. After the inevitable awkward meeting, which leads to his getting tasered and bound to a chair, he finds himself increasingly entangled in the lives of the attractive Tej and her posthuman companion, the blue-skinned dancer currently known as Rish.

Over the course of the series, Bujold has put together a background that easily mingles elements of imperial adventure with comedies from the fading days of empire (this book even cites a type of servant known as Jeeves), along with scientific advances from centuries still to come. Some of its charm derives from the various ways she finds to introduce us into the rarefied circles of interplanetary bigwigs – an upper crust complete with familiar noble titles, ornate mansions and rituals all their own – via unassuming characters with little tolerance for pomp and circumstance, although their lives seem rather active for the calm mundanes they purport to be.

Spoiler Alert: Though the major plot turn here is indirectly mentioned in the title, and dates back to works far older than the age of Shakespeare, you should skip the next paragraph if you prefer to know no more.

The ‘‘alliance’’ turns out to be Ivan’s getting hitched to Tej in a supposed marriage of convenience designed to get her away from her enemies and into the protective zone of his family and friends. He may remain absurdly blind to the developing romance with his new bride, but that just adds to readerly amusement, since clueless males are fun as long as they mean well.

Tej’s own background comes into play when not all her relatives turn out to have been murdered by political usurpers, and they bring word of a ‘‘lost’’ treasure trove surprisingly near at hand – one more development in an fast-paced narrative that can extend as far as the schemes of warring empires, then shrink back to the private intimacies of lovers no with no mind to the future. 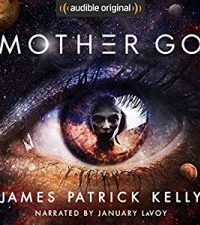