Hardcover, annotated, edition of the popular fantasy novel that launched a long-running series, with illustrations by the Brothers Hildebrandt.
• The publisher’s site has this description with an excerpt.
• Amazon’s “Look Inside” function provides page previews showing annotations along the outer margins of the pages.

SF novel about a human artist who falls in love with an alien woman and has himself genetically altered so that they can marry and interbreed. The novel version was a Nebula finalist; the earlier 1974 novella was a Hugo finalist.
• This ebook is available exclusively from Baen Books, whose page for the book has a description, links to sample chapters, and a list of available formats.
• This title is part of a larger Gardner Dozois Bundle of seven titles, all available for $25. The other titles are Nightmare Blue, a novel written with George Alec Effinger; three collections, The Visible Man, Strange Days, and Morning Child and Other Stories; and two of Dozois’ earliest anthologies, Another World and A Day in the Life.

Deluxe boxed, signed, gift edition of Gaiman’s popular fantasy novel.
• HarperCollins’ site has this page with a preview function.
• There’s a regular hardcover edition also available, without the box, for $30.
• Amazon’s “Look Inside” function provides previews, but only to older editions of the book, not to any of the content of this special edition.

Fantasy, magical realist novel about Calamity, a Caribbean woman in her 50s, who regains a power from her childhood to recover lost things — including an abandoned young boy.
• The publisher’s site has this description with a preview function.
• The book was a finalist for the Nebula and Campbell awards, and won both an Aurora Award and the Sunburst Award in 2008.

New edition of the fifth volume of Robert Jordan’s “Wheel of Time” fantasy series, which is being completed following the author’s death by Brandon Sanderson. The finale volume of the series, as completed by Sanderson, is A Memory of Light, due for publication on January 8, 2013.
• Tor’s site has this description with an audio excerpt.
• Amazon’s “Look Inside” function provides a preview.

Collection of 43 stories, all of Kessel’s short fiction to date, first published from 1980 to 2011.
• Titles include award winners “Another Orphan”, “Buffalo”, “Pride and Prometheus”, and “Stories for Men”.
• This edition includes new afterwords to most of the stories by the author. Baen’s site has this description with links to sample stories (and the table of contents) and a list of available formats.
• This title is part of a larger John Kessel Bundle of ebook editions, including his two novels, Corrupting Dr. Nice and Good News from Outer Space, for a total of $15.

Horror novel, the author’s second novel, about a Vietnam vet who moves to a mysterious Pennsylvania village.
• Subterranean’s site has this description, but indicates that both the limited and lettered editions are sold out.
• Publishers Weekly reviewed this new edition and gave it a starred review: “Themes of gender warfare (surprisingly undated given the book’s original publication in 1980) and religious ecstasy are embodied in everyday trials of domestic relationships and careers. Vivid and sympathetic characters struggle through a complex web of occult mystery and terror, reaching a startling climax.”

Historical novel with ties to the author’s Cornelius stories, second volume of a quartet about Colonel Pyatt, following Byzantium Endures (1981) and preceding Jerusalem Commands (1992), and The Vengeance of Rome (2006).
• PM Press’ site has this description with quotes from reviews.
• Amazon’s “Look Inside” function provides a preview. 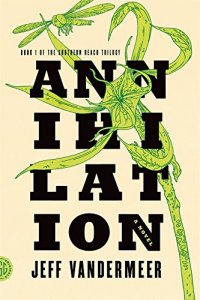 PREMEE MOHAMED is an Indo-Caribbean scientist and writer, born 1981 in Edmonton, Alberta, Canada. She attended the University of Edmonton, where she earned degrees in molecular genetics and land reclama­tion. She currently works as a reclamation and remedia­tion policy specialist in Alberta. Mohamed began publishing genre fiction in 2015 with “The Adventurer’s Wife” and has published more than 40 stories since, including novella The Apple-Tree Throne (2018). In 2021 she

The Year in Review 2021 by Arley Sorg