This slim collection from an author gathering considerable critical attention presents three stories (one original) inspired by, and an essay about, three female Surrealists and their works.

The sequel to acclaimed YA fantasy The Girl of Fire and Thorns continues the tale of Elisa – now a widowed queen, and still chosen by God for a mysterious purpose – as she goes on a journey to protect her failing kingdom and unravel the secret of her own destiny.

Doctorow & Stross team up for this fix-up novel based on three novellas, one new, about the singularity, “exactly the kind of high-octane carnival ride that one might expect from two of the field’s wilder boys: a shambling, picaresque, kitchen-sinkian travelogue through a decidedly un-tidy posthuman future.” [Russell Letson]

This sequel to Clockwork Rocket continues the Orthogonal series, set in a universe of alternate physics and mind-bendingly strange alien cultures, combining cutting-edge science with potent characters in a way no other author could manage.

The fourth story collection from one of our field’s most celebrated and surprising voices includes 20 stories (with one original, “The Wish Head”), most published within the past few years, all accompanied by story notes from the author. Ford is “a master trickster… at the forefront of those writers, emerging mostly during the last couple of decades, who seem utterly comfortable with inventing their own genres as they go along.” [Gary K. Wolfe]

The husband-and-wife team famous for their artistic depictions of the denizens of Faerie turn their attention to trolls with this lavish art book featuring paintings, drawings, sculptures, and puppets created by the artists, along with brief tales and bits of folklore on the subject.

Harrison’s third book in the Kefahuchi series after Light and Nova Swing braids three strands of story ranging from London suburbs to the strange and wondrous far future, and the empty spaces of the Kefahuchi Tract.

One of our field’s most celebrated horror editors compiled this original anthology of 14 stories, with contributions by Ramsey Campbell, Dennis Etchison, Elizabeth Hand, Caitlín R. Kiernan, Stephen King, John Ajvide Lindqvist, Michael Marshall Smith, Lisa Tuttle, and more, with a fiery introduction by the editor on the need for stories the inspire true fear in a world full of “horror-lite” fiction.

James Stark, AKA Sandman Slim, finds taking over Lucifer’s job has left him stuck in a boring beaurocracy – but if he can escape that Hell, there’s a ton of trouble waiting for him back in LA in this fourth volume in the distinctively offbeat, hardboiled dark urban fantasy series.

The second book of the Broken Empire series returns to this somewhat SFnal fantasy world where our present is the distant past. Former exiled prince, now King Jorg, seeks terrible lost weapons to defeat an approaching enemy in this “engrossing life story” of a protagonist who “ranges between frustrated expletives and moments of keen observation and eloquence.” [Faren Miller]

Holly Phillips, At the Edge of Waking
(Prime Books Sep 2012)

The celebrated lyrical fantasist returns with a second short fiction collection, featuring 11 stories (with one original, “Castle Rock”), plus story notes by the author and a laudatory introduction by Peter S. Beagle. 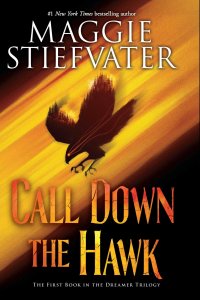 JASPER FFORDE was born January 11, 1961 in London. After graduating from Dartington Hall School, he worked in the film industry as a focus puller and cinematographer for nearly 20 years before becoming a novelist. His bestselling novels are “a joyful blend of Comedy-SF-thriller-Crime-Satire,” and his fans gather every May in Swindon, England for the annual “Fforde Ffiesta” celebrating his work. Debut novel The Eyre Affair, a comic fantasy about