October 2012—
Vol. 132 No. 9, $4.99, 112pp, cover art by Michael Whelan
• This issue has novelettes by Juliette Wade, Linda Nagata, and Michael F. Flynn, and short stories by Jay Werkheiser, Michael Alexander, Carl Frederick, Edward McDermott, and Steven Utley.
• The science fact article, by Alan Plummer, is about amateur contributions in astronomy and astrophysics.
• Departments include Stanley Schmidt’s editorial, John G. Cramer’s “The Alternate View” column, The Start and Finish of the Universe, Don Sakers’ The Reference Library, covering titles by Melko, Robinson, and others, plus letters from readers and upcoming events.

July 2012—
Issue XXXVII, £2.75, 56pp, cover art by Sam Mardon
• This issue, named Kale after the moon of Jupiter, has fiction by Krishan Coupland, Aliya Whiteley, Douglas Thompson, Chris Bailey, Jack Ford, and Simon Petrie.
• The issue can be ordered individually from the magazine’s back issues page and is also available from Amazon.

July-Sept. 2012—
Issue 35.3, $5, 48pp, cover art by Max Bertolini
• This issue has poetry by Robert Borski, Marge Simon, Timons Esaias, Terry Garey, and many others.
• Features include winners of the 2012 Rhysling Awards, an editorial by F.J. Bergmann, a President’s Message by David C. Kopaska-Merkel, a new “Stealth SF” column by Denise Dumars, small press reviews, and a section of memorials to Ray Bradbury.
• The magazine’s website has the complete table of contents with links to several sample poems. 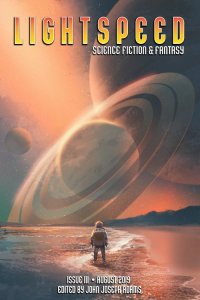 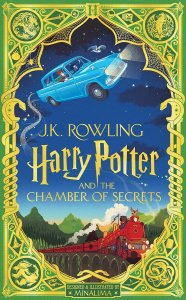 2021 saw my reading fall off a steep cliff. To be fair, it never really recovered from last year’s lockdowns. Even as Melbourne (my city) returned to a resemblance of normality late in 2020, I felt little urge to read, feelings only exacerbated when we entered our fifth and sixth lockdown (thank you, Delta) in 2021. (Fun fact: Melbourne broke the record, held by Buenos Aires, as the city that

Nick Mamatas Guest Post–“Influence Without Anxiety Or, What’s That Sneaking Around in the Corner of the Novelist’s Mind?”