Fantasy/horror novel set in 19th century American West, third in a series following A Book of Tongues (2010) and A Rope of Thorns (2011). In this book Pinkerton agents battle Mayan and Aztec gods in a New Mexico town.
• The publisher’s site has this page about the book, with links to a sample and to several ‘supplemental goodies’ by the author.
• Publishers Weekly hasn’t reviewed this volume, but they said about A Rope of Thorns “Potent mythology, complex characters, and dollops of creeping horror and baroque gore establish Files’s Hexslinger series as a top-notch horror-fantasy saga.”

Fantasy novel, second of a series following The Killing Moon (May 2012), set in a desert city where peace is the law and priest Gatherers harvest dreams of the citizens.
• The author’s site has this description with links to a chapter excerpt.
• The Publishers Weekly review has reservations, but concludes, “the political intrigue and unusual setting are compelling and satisfying.”

Young adult zombie novel set in the old West, about a girl disguised as a boy to search for her lost brother.
• Bloomsbury’s site has this description.
• Tor.com posted this excerpt.

Historical non-supernatural thriller, fourth in a series about 18th-century investigator Matthew Corbett following Speaks the Nightbird (2002), The Queen of Bedlam (2007), and Mister Slaughter (2010).
• Subterranean’s site has this description and order page with links to an excerpt and quotes from reviews.
• Amazon’s “Look Inside” function also provides a sample.
• The Publishers Weekly review says, “Once again, McCammon provides a colorful and well-researched depiction of colonial America, enlivened by a rogues’ gallery of well-drawn characters.”

Young adult fantasy novel, second in a series following Troubletwisters (2011), about two 12-year-olds who discover they have magical powers.
• The Australian edition came out in January 2012.
• Scholastic’s site has a brief description.
• The Australian series site has descriptions, chapter excerpts, a game, and various other content.

Paranormal romance novel, first of a series, about a former private investigator, now an angel, who joins forces with a journalist whose soul he was ordered to collect.
• The publisher’s site has several posts about the book, with links to excerpts and the author’s signing tour schedule.
• Publishers Weekly gives it a starred review: “Pettersson hits every note in the familiar duet of a ‘reticent, complicated, darkly sexy man’ and a luscious, plucky ‘girl reporter’ out to save the world, and laces it with dollops of unconventional angelology.”

SF novel set in the Dream Archipelago (setting of several earlier Priest works), a “chinese puzzle of a novel” arranged as a “Gazetteer of Islands” of some three dozen short and long chapters.
• Gollancz’ site has this description with quotes from reviews. This is the same book as the 2011 first edition (same ISBN), now distributed in the US.
• Amazon’s “Look Inside” function provides a preview.
• Publishers Weekly gives it a starred review: “The result is wonderfully fascinating, if occasionally frustrating, and entirely unforgettable.”
• Gary K. Wolfe reviewed it in the October 2011 issue of Locus Magazine: “[A]ttentive use of mystery-reading skills might not be a bad way to approach The Islanders, since often a minor detail in one chapter, such as a smudge on a hand, is later revealed as highly significant, as in a Gene Wolfe novel. But like Wolfe, Priest is not satisfied with a catalogue of ingenious narrative tricks; his prose is supple, elegant, and seductive, his insights about memory and perception tantalizing, his skill at visualizing the radically different land and seascapes of the islands endlessly compelling.”
• The book won the British SF Association Award and is currently a finalist for this year’s John W. Campbell Memorial Award.

SF thriller, the author’s first novel, about an ex-special forces soldier battling invading aliens on Earth 300 years in the future.
• This is Gollancz’ May 2011 trade paperback reprint, now distributed in the US, of its June 2010 hardcover first edition. Gollancz’ site has this description, with a sample quote.
• The book was a finalist for the John W. Campbell Memorial Award in 2011.
• Publishers Weekly is not impressed: “Despite interesting characters and moments of hilarious creativity … the cyborg hackers, hideous mutants, starving masses, and endless war never develop beyond dystopian cliché. This is a beach read for the Warhammer 40,000 crowd.”
• The author’s site has a section of short stories set in the same universe. 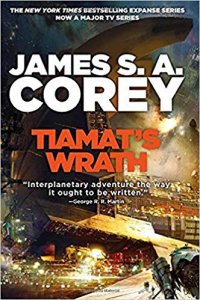 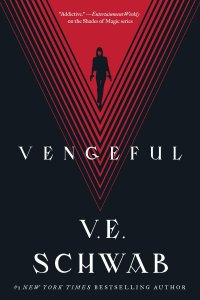 Norwescon 41 was held March 29 – April 1, 2018 in SeaTac WA at the DoubleTree by Hilton Seattle Airport. The theme was “Uncovering Mysteries.” Guests of honor were Ken Liu (writer), Galen Dara (artist), and Mathew Wedel (science). (Wayne Barlowe was originally scheduled to be artist GoH, but had to cancel due to schedule conflicts.) Green Ronin was the spotlight publisher, represented by Nicole Lindroos and Chris Pramas. Norwescon