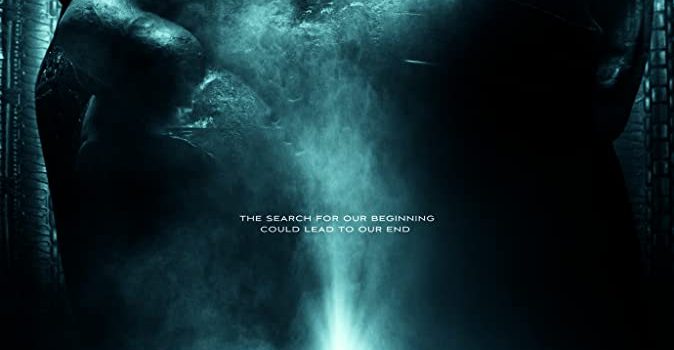 Both: We really wanted to like this film, but the screenwriters made every character except the protagonist an idiot.

Lawrence Person: This is a prequel to Alien. It starts off in prehistory, depicting a very human-looking alien watching a saucer leave, then swallowing some icky living black goo, then dissolving into the rushing waters, where it’s replaced with animations of mutating DNA strands, presumably seeding Earth with life. Next we see scientists discover ancient pictograms in a cave that resemble those of many other ancient civilizations, each of which depict the same series of dots that match a real star system. Then we’re in the symbolically named spaceship of the title, crewed by android David while the rest of the crew remains in hypersleep. The improbably roomy interior of the ship recalls the Discovery in 2001 more than the cramped Nostromo from Alien. They get to the system, everyone wakes up, the mission to contact the mysterious Engineers is revealed, they discover an apparently artificial structure, land, and set out to explore it.

And then just about everyone undergoes a screenwriter-induced lobotomy. The next 30 minutes are taken up alternately exploring amazing, spooky alien structures that capture the H.R. Giger feel of the original, and making increasingly idiotic decisions as they interact with them. It starts with one of the main characters thinking it’s just a swell idea to take off his helmet, then goes downhill from there. Hey, let’s land and set off to explore without checking on local weather conditions! Hey, let’s just let the android press alien buttons activating things! Hey, let me scoop up some of this black goo! Hey, let me open the pod bay door without checking what’s on the other side!

Hey, let’s let stupid plot choices ruin a movie that had everything else going for it!

Howard Waldrop: Doug Potter says I only react to movies in terms of other movies. My first thought on this: Prometheus is a Quatermassian take on the concerns of 2001.

It tries to answer Gauguin’s old question: Who are we? Where did we come from? Where are we going?

LP: At the heart of the movie lies a question of truly existential dread: Why does our Creator hate us? It’s never answered.

HW: It’s pretty. Big and noisy. It is a prequel to Alien, which the filmmakers were being coy about in the hype leading up to its release. It leaves it open for a Prometheus II, etc.

LP: To talk about why the movie fails, we’re going to have to discuss some pretty honking big plot spoilers. You might want to check out now of you still want to see it despite our warnings.

There’s nothing in Prometheus you haven’t seen before. (It’s usually done better but on a smaller scale.)

The template is Alien. The Weyland Corporation is there, there’s the nefarious/mysterious robot (moviemakers: time to end the Pinocchio analogies; they’re becoming cliché), who has a fixation on Lawrence of Arabia the movie, and dresses like O’Toole in the early scenes of that movie, a Company Person. This goes nowhere and doesn’t resonate. T. E. Lawrence found himself and who he was in the Arab Revolt; here it’s just character-dressing. In Prometheus they’re on a mission of a personal kind. The late head of the company has sent them to find the source of our origins.

Diegetical problem: we don’t know who the Ripley (the main protagonist) is. Because of that, what would otherwise be a bravura set-piece in another movie, falls somewhat flat.

LP: We’re in spoiler mode, so I can tell you that set-piece (our protagonist is a female scientist who, due to the inexplicable actions of other characters, has Something growing inside her, and it isn’t a tapeworm) has to rank among the more viscerally disturbing and horrifying scenes ever committed to film; it earns its R ranking there alone. In fact, the horror scenes themselves are generally well done, but not well done enough to make up for the stupidity it took to get to them.

HW: We don’t know if they’re Ripley or Yaphet Koto. The clues are only exegetical, their name comes first in the credits. In Alien we didn’t know whom to root for: when it turned out to be Ripley we were surprised and pleased. Here, we’re neither. All we know is they’re part of the ensemble, and the characters so far have been so bland we don’t care. (This is supposed to be a scary movie: the audience is rooting for the scares.)

LP: I figured out she was the protagonist, mainly because she’s the only one who doesn’t do something ridiculously stupid.

HW: An exegetical problem (caused by filmmaking itself, not just this script): The movie is set in 2094. The technology is more advanced than the technology in Alien (1979), which comes later, chronologically. This is because visual technology has advanced in the intervening years (Yeah, I know the Nostromo was a beat-up outdated freighter, but even the leftover technology is nowhere near that of Prometheus.) A more careful guy would have matched them up better, but that wouldn’t have looked good to today’s viewers who pay the bucks, so it wasn’t done.

Diegetical: You have an interstellar ship, with ion drive for the long hauls, that can land on a planet like a Harrier jet with rotating engines. This is dumb-ass thinking; I assume they didn’t want a bunch of shuttle-craft. There’s a scene where someone outside tries to contact the ship and can’t reach them because the captain is off snogging. (This isn’t Rocky Jones; someone would be on watch.)

There’s a scene where some crewmember’s suits are invaded by something nasty. This has none of the impact of Spoor and Beckett’s suits filling up with shit from Brazil, which is the image you’re trying to top. If you can’t, don’t try.

We are told the race of giant aliens who created us (our DNA is just like theirs!), then set out to destroy us. A crewmember asks why? In this movie, I didn’t care and she couldn’t make me.

LP: That question drives the movie, but is never answered. I can’t help thinking almost all the elements in this movie (the star seed beginning, the alien star chart, the not-quite-dead gods, and even the xenomorphs) could have been combined into a much more compelling, terrifying whole in a movie with a decent script. I’m even down with the whole Von Danikenian setup, which was pretty scary back when you could get perfectly rational people to believe that crap. It almost touches on the cosmic dread of H.P. Lovecraft’s best work. We’re not just a cosmic accident, we’re something so horrific our own creators feel compelled to wipe us out.

But we’ll never get that movie, because we’ve got this one instead.

The closest explanation we have is the ship captain (Idris Elba, good as always) speculating that this planet is a weapons of mass destruction research installation, because the Engineers were too smart to do it on their own world, and some of their research got lose and ate them. That’s as good a guess as we’re given for the entire film. The problem is: Why would you point your seed-races to your WMD factory rather than a homeworld or diplomatic outpost? Just so you can wipe out their worlds with bomb holds full of alien-maker goo just for a laugh? “Man, I can’t wait to see the faces on those hicks when they show up here in about 30,000 years!” Galactus as cosmic joke.

(At this point I should probably point out that I checked out of the Alien franchise after Alien3. So if any of this was explained in Alien: Resurrection or one of the Predator crossover movies, well, sorry.)

And still another problem: Even if you limit it to the xenomorphic side of things, the icky black goo (even more so than the icky black fluid in District 9) does too many things: It spawns the original face-hugger (which begets the chest-burster), it infects you if ingested, allowing you to (spoiler!) infect others through transmissions of certain bodily fluids. It also creates human-hunting rage zombies (no explanation given). And it allows creation of a weird, evil-looking pentagonally symmetrically radiant form, which looks an awful lot like Ozymandias’ constructed monster at the end of Watchman (the comic, dropped from the movie), which then seems to be able to (spoiler!) produce xenomorphs directly by infecting an Engineer, no face-hugger or chest-burster needed. And grow as big as a grizzly bear without a visible food source.

HW: For a Ridley Scott movie, some of the editing, especially in the middle, is confusing: you can’t tell where people are in relation to each other, a fault it shares with Cowboys and Aliens. I was genuinely surprised to be cut adrift by the screen and be on my own. I mean, this guy has made movies before.

LP: The directing is not the problem. Neither is the acting (though Logan Marshall-Green and Sean Harris’ characters seem ill-conceived), nor the art direction, nor the special effects, all of which are first rate. Noomi Rapace is fine as our scientist protagonist. Charlize Theron is fine as the Hitchcockian ice queen commander with the Obvious Family Secret reveal. Michael Fassbender is endearingly creepy as the android with motivations programming that makes absolutely no sense.

Ridley Scott only made one mistake: He chose to film this script.

A short list of further idiocies on display (including more spoilers):

There are good things in this film: There are awesome images (most of which are in the trailer), tautly-directed scenes, some truly harrowing horror, and some really Big Questions looming in the background. Which makes me all the more pissed-off that the script has its characters do things so stupid the average horror movie victims looks smart by comparison.

HW: To reiterate: This is a big noisy mess with un-engaging characters, and is nothing you haven’t seen before. It’ll only wow the rubes who haven’t seen or read much SF. The questions asked in this movie aren’t worth answering. They’re only questions this movie would ask. 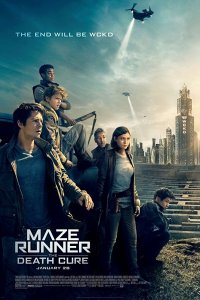 The Omega Boy: A Review of Maze Runner: The Death Cure, by Gary Westfahl 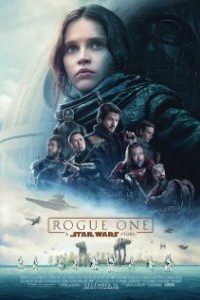 “I Have a Bad Feeling About This”:A Review of Rogue One: A Star Wars Story 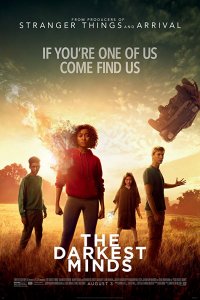 An Awful Warning, in More Ways Than One: Gary Westfahl Reviews The Darkest Minds