Samuel R. “Chip” Delany wants to push your buttons—I mean that in a good way—and really knows how to do so in the most esthetically magnificent, narratologically adroit, intellectually rich, and filthily transgressive fashion. More so than many writers, who only want to entertain, he wants his work to hit you where you live, in all the secret, tender places you only half-acknowledge, forcing you to reexamine all your preconceptions and biases. And at the very same time that he’s fingering your metaphorical panoply of G-spots—hot, sore, abraded, itchy, ticklish, painful—he’s satisfying his own obsessive kinks that involve 1) an unwavering poetic fidelity in the transcription of sensual and sensory reality (“Their second September at the Opera was a month of tarnished rains, of autumnal storms where platinum lightning electrified this or that half of the sky’s dark pewter, of literal ambles on leafy sand in hours off, with the stench of halides and wet wood, of ozone sharp under the nasal cavity’s roof…”); 2) a penetrating portraiture and explication of character; and 3) the literary staging of certain pornographic riffs dearest to his heart. So Delany’s ideal reader is bound up in a mutual, reciprocal give-and-take with the author—receiving frissons and quotidian epiphanies, bestowing attention and interest—in a love feast unlike many shallower reading experiences.

In other words, the identical romantic engine of mutual carnal and spiritual adoration that powers Through the Valley of the Nest of Spiders (TVNS), as incarnated and manifested in the two main characters, Eric Jeffers and Morgan “Shit” Haskell, is the same burning heart of affection and intimacy that should spontaneously ignite midway between Delany and his audience.

If, of course, readers can get past the snot-eating. And bestiality. And incest. And consensual underage sex. And coprophagy. And golden showers. Not “get past” really, no, that’s not what I meant, but rather “embrace and cherish.”

Let me back up a minute.

After gulping down all of Delany’s SF extant during my youth, I encountered his erotic writing at nearly the earliest possible time anyone in the world could have: simultaneous with, or at most a year or two after, the 1973 publication of The Tides of Lust, his first foray into that mode, as a cheap, undistinguished Lancer paperback. (I recall vividly finding the book by chance in a spinner rack in seedy convenience store.) Since then, I’ve held his hand through every subsequent outing along this libidinous path: the Nevèrÿon books, his autobiography, Hogg, The Mad Man, Times Square Red, Times Square Blue… And although you might make a case that every shocking, transgressive bit of those later books was implicit or even explicit in The Tides of Lust, each new volume has pushed the boundaries of Kinsey-parametered, consensus-polled, heteronormative sex a little further than the ones before. Their surface aggressiveness has made them harder to find a path into than the somewhat glossier Tides.

But that, you see, is Delany’s goal and point. In this book he states it outright, if he hasn’t said it often enough before. In the realm of sex, there is no “normal,” there is only what people do for pleasure: alone, in pairs, in groups. And he intends to chronicle in unstinting detail every permutation of desire between his gay lovers, Eric and Shit. This is his chosen narrative vehicle, and if you can’t climb onboard with an open mind, you’ll miss out on all the marvelous sights along the ride, as well as a no-dry-eye-in-the-audience ending.

But, more than that, Delany intends to limn the community that sustains them; the evolution of both the community and its inhabitants across some seventy-plus years of thickly described albeit narrowly confined history; the social dynamics of race and power (without being programmatic or predictable); and the moral basis of a good, rightly lived life. Doing so, he will fill some 800 pages of story. And so intense—involving, numbing, frustrating, enriching—is this experience, that TVNS becomes less a book than some garment you wear or house you inhabit.

We open in the year 2007. Eric Jeffers, handsome white boy, is sixteen, nearly seventeen. His stepfather, a black man named Mike, is forsaking custody of Eric and dumping him on Eric’s Mom, Barb, a white woman who lives in Diamond Harbor, a Georgia coastal town. (Eric’s long-absent biological father is white also, but he identifies as black.) Eric arrives in Diamond Harbor already sexually experienced to some degree. And he finds in Diamond Harbor—specifically, at the district called “the Dump,”—a wild paradise of sexual learning. The Dump has been established as a utopian community by a gay black millionaire named Robert Kyle, who grew up in Diamond Harbor. But Eric’s initiation into the carnal life of the town occurs even earlier, in a truck stop restroom on the outskirts of town, before he even sets his bags down at Barb’s trailer. And after that, the sexual circus is nonstop.

Eric falls in love with Morgan Haskell, an illiterate yet sharply, naively clever black guy two years older than himself. He soon is working with Shit and his father Dynamite, all three serving as garbagemen for the town. Then he’s living with the Haskells. And then—well, life happens. “The Road of Excess leads to the Palace of Wisdom, even when it takes you through the Valley of the Nest of Spiders.”

Employing a cast of dozens of brilliantly rounded individuals, the book gives us weather and sex; politics and sex; holidays and sex; mystical visions and sex; food and sex; commercial entertainments and sex; intellectual disquisitions and sex (Eric’s struggle with Spinoza’s work is one of the book’s sturdy ribs); misunderstandings and sex; vocations and sex; commerce and sex. To be brief, all the familiar, precious, overlooked, imperishable stuff that constitutes daily life, leavened with copious gouts of bodily fluids.

The plot? Nothing more nor less than the sheer advancement of time, its darkening, refining, destroying, enhancing hand. (If Thomas Disch had not preempted the title The Pressure of Time for his undone masterwork, it could have been applied here with perfect accommodation.) There is no real “narrative arc.” In some sense, and in a manner I found a bit frustrating at the outset, the book, like philosopher Elbert Hubbard’s definition of life, is simply “one damned thing after another.” But then you start to see some of Delany’s famous patterning emerge: events that play off earlier events from two hundred pages prior, crystallizing and extending the earlier happenings, opening up new vistas of meaning. I would contend that there is less of this patterning than in other Delany books; less perhaps than a volume of this size should have. TVNS is no Dhalgren. But ultimately, especially in the second half, the emotional payoffs are immense, and arise only due to the huge mass of events we have witnessed.

Because one of Delany’s themes is how our perception of time alters as we age—the famous maxim that subjective time accelerates for us as we grow older—he structures his book brilliantly so as to mimic the sensation. Right up to about the middle, Chapter 44, the book’s time has crawled, as young Eric experiences life at a young man’s density. It’s only 2013 by then—our first step into the future, by the way. But the older Eric and Shit get, the faster the book moves. Before too long, decades are disappearing between paragraphs (think of the famous chrono-gap in Crowley’s Little, Big), and the duo plunge into old age and the inevitable terminus of all pleasure.

If it’s not too absurd a comparison, that first half of Eric’s biography reminded me of Bradbury’s Dandelion Wine, as if written by Victorian sex memoirist Frank Harris. If you look at the passage in Chapter 18, where Eric explores a spooky old mansion in the nude at midnight, you’d swear it was a lost episode from the biography of Doug Spaulding of Green Town, Illinois. This kind of naïve innocence layered atop the X-rated scenarios is deliberately fostered by Delany, I think, in order to point out that Bradbury’s type of tale tells only half the story of any life, leaving certain essential but taboo topics buried.

Given that the book achieves liftoff into SF territory halfway through, you need to know that Delany does not stint on his speculative conceits. His hand is as sure as of old. The future history he creates is genuinely insightful and innovative. But it’s always background, half-seen. Because our heroes are living in a semi-rural backwater and are self-professed “Luddites,” their mode of life is more archaic than the lifestyles of others. But the shifting world keeps bumping up against them, rather in the manner of Haldeman’s The Forever War. Eric and Shit move ahead almost in a series of discontinuous jumps, waking up at random moments like Haldeman’s returning soldiers to find the world growing stranger and less comprehensible and less welcoming around them. It’s as if they are riding a time machine whose intervals of travel are ever-increasing. By the end of the book, the two ancient lovers are relics, fossils, and the mutant children who, in a sense their actions helped birth, are golden-eyed and alien.

Delany’s focus on such humble men—both Eric and Shit proclaim their lives to have been full and happy and joyous, but ultimately inconsequential, and no other character beside Robert Kyle is a Bigtime Player, and he’s mostly offstage—is the ultimate enactment of the goals discussed in Ursula Le Guin’s essay “Science Fiction and Mrs. Brown”. No wars, no heists, no inventions, no high drama, no bigger-than-life supermen propel this story. To pervert the title of Aaron Copland’s famous work, it’s a “Fanfare for the Common Horndog.” And yet by this very limitation, by the intensity with which Delany inhabits the simple lives of his heroes, the book assumes that majesty which all eternal and humble things acquire, when seen a-right.

I do not think that the name of Eric’s town, Diamond Harbor, is trivially intended. Despite a lack of overt Buddhist references, I kept thinking of the famous Diamond Sutra, and other Asian teachings on the nature of reality and life. Shit, after all, is the perfect example of a direct, almost simplistic Zen attitude toward existence. And while Eric—who talks and does much concerning an other-centered life of giving—comes to adopt Spinoza’s dictum that God and Nature are one and the same, it seems to me that the Buddhist observation that “Samsara [mortal existence] is nirvana [paradise]” applies equally well to this vast monument of a book dedicated to essential, representative lifetimes fully embraced.

Note – Kevin Donaker-Ring at oneringcircus.com has made available the text of a (short) omitted chapter, to be incorporated in the second printing of the book

Through the Valley of the Nest of Spiders 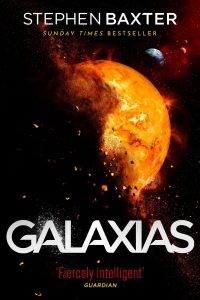