When I was but a lad, the Science Fiction Book Club held out as enticement to join (cost: one thin dime, to be mailed physically via USPS) the two-volume anthology edited by Anthony Boucher and titled A Treasury of Great Science Fiction. When I received this induction premium, my head practically exploded. The set contained four complete novels, and a wealth of shorter fiction. Holding those books, I felt a palpable sense of the living, ongoing history of the field, and a vision of the riches the genre contained. I marveled that any editor could assemble between two covers (okay, four covers) such a generous treasure trove for my enjoyment. Needless to say, I hardly waited ten minutes after receipt before diving into them, and they fulfilled all the advertised delights.

I get the same feeling these days whenever I receive a book from Haffner Press (or from NESFA Press, or Subterranean Press, or a few other worthy independent publishers). The giant, career-spanning compilations these fine presses produce offer a similar thrill of enormous literary riches. But additionally, they also carry a weight of nostalgia and time-binding and laudable archival rescue work that the Boucher volumes did not. Boucher’s Treasury appeared in 1959. The oldest story in it hailed from 1938. But most of the pieces were from the forties and fifties. And many of the stories—the novels especially—could easily be found in other editions. So great as the Treasury was, it spanned only twenty years of the field (admittedly, a field that was barely just a tad over thirty years old in 1959).

Today, we are (almost) fifty-five years deeper into the production of SF. Boucher is nearly twice as far from us as he was from Gernsback. The Boucher books felt to me then almost like a state-of-the-art snapshot. But the strata from which these new books mine their treasures are much deeper and stranger and uncommon for the 21st-century sensibility. In fact, in many cases, these newly collected stories will be getting their first airing in several decades. This phenomenon imparts to these collections a sense of time-travel artifacts, antiquities rescued from the dustheap of history. It’s a feeling I welcome, but I know that others, perhaps especially younger readers, might feel such assemblages are fusty relics.

One final thing that distinguishes Haffner (and NESFA and Subterranean) collections from the Boucher landmark is the altered state of book publishing. The Boucher project was just another line-item in the boring, stable world of Doubleday. Whereas in this uncertain age of the digitization and evaporation of paper books, a book from Haffner, lovingly and luxuriously crafted and thoughtfully designed, carries a weight of defiance, of proud traditional assertiveness and rootedness, even of countercultural nose-thumbing.

Taking all that into account, I believe that any reader with a more than passing interest in what SF is and means and can accomplish—and who wants to enjoy some Haggard-level storytelling—owes it to himself or herself to check out these books. Specifically, today, this latest Kuttner offering.

Haffner previously gave us Terror in the House and Detour to Otherness by Kuttner, the latter with his wife, C. L. Moore. Terror contained facile, repetitive stories that packed a simple, effective punch, then evanesced. Useful as an insight into the development of a talent. Detour, however, offered lasting works of pure genius. The tales in Thunder fall between those poles. They show a solo Kuttner spinning off ideas like a Catherine Wheel throws sparks. He takes the seminal tropes of the field (in stories from 1937 to 1950), juggles them with skill and zest, rearranging them in infinite patterns that are plainly all cousins, and crams more action into his allotted pages than any “decompressed-mode” modern author ever could. These stories remind me of those hour-long B movies from the Golden Age of Hollywood, films that swept viewers up instantly and carried them to the exciting climax with no time to stop and ponder any gaps in logic or continuity.

The first story, “Raider of the Spaceways,” delivers satisfying pirate-themed derring-do on Venus, complete with weird lifeforms. But the second entry, “Avengers of Space,” ramps up the stakes considerably. Invaders from another dimension steal Earth and the Moon entire, and it’s up to a few off-planet refugees to save all of humanity. Ultimately, the rescue comes down to one man, our hero, Terry Shawn. Stop to consider for a minute what the reality of such a situation would feel like: the entire fate of the species resting on your shoulders. It’s nigh-inconceivable, but Kuttner manages to realistically convey some of the suspenseful existential angst anyhow.

Like Boucher offering four novels, editor Stephen Haffner includes one or two short novels here. “The Time Trap” plays masterfully with that great “power chord” notion employed by van Vogt and others of castaways from various eras all ending up in the same locale and period, there to fight it out for supremacy. “Crypt-City of the Deathless One” (Kuttner’s titles are always pulp-strength, although subtle ones such as “What Hath Me?” and “Carry Me Home” show up toward the end) takes place on dangerous unexplored Ganymede, where adventurers seek an alien power source. Kuttner excels at vivid, economical descriptions that embed the reader instantly into any venue: “Jupiter is a ball of luminous clouded marble in the sky of Ganymede. Its light is a queer, pale glow that lacks the warm brilliance of sunlight. When the titanic planet lifts over the horizon, gravity seems to shift, and the ground feels unstable beneath your feet.”

So many of these stories take place in that familiar, now-vanished, genre-consensus background of a colonized Solar System with each world boasting its archetypical cultures and environments. This assumption leaves Kuttner free to plot without doing worldbuilding every time. Another notable feature of these tales is that of the loner, the ethically compromised anti-hero. Kuttner favored these guys, giving a lie to the legend that all the stories of this era centered on stalwart Dudley Do-Rights. And Kuttner’s memorable women were often of the Veronica Lake or Rita Hayworth persuasion: tough gals who could be merciless when necessary. But these stories are not unrelievedly grim, since some of Kuttner’s trademark zaniness pops up now and then: “There’s something [in the water] that increases the surface tension tremendously….The fish have to climb rocks to dive back in.”

Dying young at age 42, Kuttner still turned out a body of unparalleled work. His fiction shaped the SF of his day, and continues to exert a subliminal influence today. And his legacy has never shown brighter nor more enjoyably than in these Haffner Press tributes.

Thunder in the Void 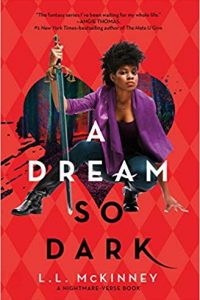