Interestingly, Nancy Kress’s short novel After the Fall, Before the Fall, During the Fall also deals with a communal group of young people living in a dome, only this time it’s neither of their own making nor their own choice. In 2035, humanity has been virtually wiped out by a series of ecological catastrophes involving bacterial mutations, global warming, and tectonic shifts, which had begun more than two decades earlier. But 26 survivors were rescued by an unseen alien race and placed in a half-mile long, egg-shaped enclosure called The Shell, where, in the intervening years, they’ve given birth to six children, one of whom is the 15-year-old Pete, who is especially haunted by the question of why the aliens, called Tesslies (because of the shower of sparks that accompany their rare appearances), would bring about the destruction of the world and then presumably keep a hothouse full of survivors to eventually repopulate it. To aid in the repopulation, the Tesslies have also provided a kind of time machine, which enables the survivors to occasionally travel back to the pre-disaster world and – with only a few minutes allotted for each trip – grab whatever they can, from pillows and candy bars to the occasional child (only children can make the trip back to the future with them).

Parallel to this pure SF narrative are two others set decades earlier (the three narrative lines are what gives the book its title). One is cast as a kind of CSI procedural, set before the ‘‘fall,’’ with a talented mathematician named Julie Kahn working with the FBI to discern a statistical pattern in a series of unexplained thefts and kidnappings throughout the Northeast, and trying to refine her predictions of where the next might occur. (These, we are given to understand early on, are the various time-travel ‘‘grabs’’ from the future Shell-dwellers.) Another of Julie’s consulting gigs is with a biologist investigating the outbreaks of a new strain of plant-killing anaerobic bacteria. Almost as soon as she realizes the possible implications of this, the scientist is arrested and Julie suspects she herself may be in danger from some sort of vast cover-up conspiracy. The third narrative line most resembles a traditional cataclysm tale, with short chapters hopscotching all over the globe in 2014 and detailing in a detached, omniscient voice the various unfolding disasters, from the spread of the bacteria to mid-ocean earthquakes and the eruption of Yellowstone. These are spectacles that could show up in a dumb Roland Emmerich movie, except that Kress has actually (and characteristically) worked out the science, and that she treats them as background rather than the main event.

The chief engine of suspense in After the Fall, Before the Fall, During the Fall, other than the mystery surrounding the Tesslies themselves, consists of seeing how these three narrative lines eventually converge and complement each other, and Kress handles this with her usual superior craftsmanship and efficiency, devoting exactly the amount of time needed – but no more – to the personality clashes among the Shell-dwellers, the brief scenes of abductions and thefts, and the developing surmises and deepening humanity of her central viewpoint characters, Julie and Pete. Pete may at times partake too easily of what I’ve come to think of as the Hugh Hoyland prototype SF character from Heinlein’s ‘‘Universe’’ – the rebellious young investigator in a rigidly constrained society whose curiosity leads him to challenge received wisdom and to learn what’s really ‘‘outside’’ – and the novel may briefly flirt too conveniently with the Gaia hypothesis or gerrymander its plot elements to click too neatly into place at the end, but perhaps the chief virtue of After the Fall, Before the Fall, During the Fall is that given the scope of its narrative space, it could easily come in at three or four times its length, and probably would in the hands of most other novelists. Kress has long been one of the most respected workshop teachers around, and has even produced handbooks on fiction writing from Writer’s Digest Press. This novel itself could almost serve as a workshop on point of view – when to use omniscience, which characters to give plot reveals to and when – and the management of narrative time. If we could get certain other professional novelists to recognize the virtues of economy and neatness that she practices here, we’d save ourselves a good deal of slogging. 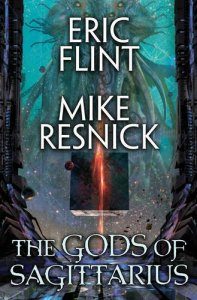