Library of America edition of Burroughs’ first Mars novel, basis for the recent film John Carter.
• The book has a 40-page introduction by Junot Díaz, a chronology of John Carter, and an historical note about the book’s original publication.
• Library of America’s site has this description.
• LoA has also published a similar edition of Burroughs’ Tarzan of the Apes, with an introduction by Thomas Mallon. Both books feature designs based on the books’ first editions.
• Amazon’s “Look Inside” function provides a preview, but it’s a preview of a Del Rey edition of the book, not this edition.

SF novel in which time begins moving backward.
• This is one of three more new editions of this author’s novels, earlier published by Vintage, from Houghton Mifflin Harcourt’s Mariner imprint, following eleven titles released last Fall and in January.
• Two others released this month are UBIK and UBIK: The Screenplay.

Collection of 16 space opera tales, first published from 1937 to 1950, with one short tale, “The Interplanetary Limited”, recently discovered and published here for the first time.
• Mike Resnick provides an introduction.
• Haffner’s site has description and order page, with the table of contents.
• Locus Online just posted this review by Paul Di Filippo: “These stories remind me of those hour-long B movies from the Golden Age of Hollywood, films that swept viewers up instantly and carried them to the exciting climax with no time to stop and ponder any gaps in logic or continuity.”

Gay romantic fantasy novel set in an alternate Middle Ages, about a night watchman investigating disappearances of children.
• Lethe’s site has this description.
• Amazon’s “Look Inside” function provides a preview.
• It was followed by Point of Dreams (2001).
• A new novella in the series, by Scott alone, is due in July: Point of Knives.

Omnibus of three cyberpunk novels: Eclipse (1985), Eclipse Penumbra (1988), and Eclipse Corona (1990), about rebels fighting a totalitarian regime that has emerged following nuclear strikes in Europe.
• Prime’s site has this description, noting that the books have been revised by the author. The volume has an introduction by Richard Kadrey and biographical notes by Bruce Sterling.
• Amazon’s “Look Inside” function provides a preview.

Omnibus/collection of two novels and one novelette, first published in the 1950s: “Chalice of Death” (1957, as by Calvin M. Knox, later incorporated into Lest We Forget Thee, Earth, Ace Double, 1958), Starhaven (Avalon, 1958), and “Shadow on the Stars” (originally Stepsons of Terra, Ace 1958).
• Paizo’s site has this description, along with a couple longish reader reviews also posted on Amazon.com. 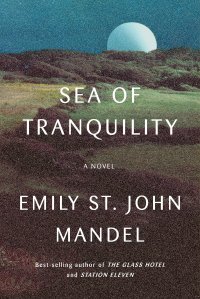 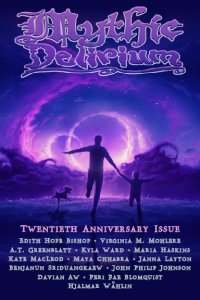 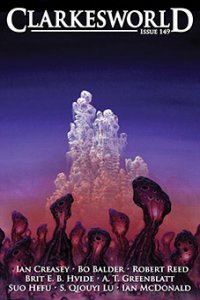 Yesterday evening, I got to interview Nick Lowe as part of the BSFA‘s regular monthly meeting series. Though the interview was recorded, and I guess may be transcribed for Vector, some of what we talked about might be worth kicking around here. Nick Lowe is known, especially in the UK, for his film column Mutant Popcorn in Interzone, which he’s been writing for close on 25 years. Sadly, none of