The Department of Justice, which has been investigating several major publishers and Apple for possible antitrust violations related to e-book pricing, has indicated they intend to bring a lawsuit accusing Apple and the so-called Agency Five (Hachette, Macmillan, HarperCollins, Simon & Schuster, and Penguin) of colluding to fix prices on e-books.

Those publishers and Apple moved away from a wholesale model — where  books are sold to the retailer, with retailers allowed to set their own price points — to an agency model, where publishers set the retail price and give retailers a 30% cut. The change was made partly in response to concerns over Amazon’s deep discounting of e-books, which publishers worried were “devaluing” e-books in the eyes of customers.

The US Justice department has concluded that the publishers colluded in their decision to switch to the agency model, which violates the Sherman Act against price-fixing.

Some of the publishers are in settlement talks, and such cases are rarely tried in court — it’s far more common for the companies accused of antitrust practices to make an agreement to change those practices.

This could be a major setback for publishers, as it threatens a pricing system which has allowed them to profit from higher e-book margins in the past year.

For more, see coverage in the Wall Street Journal. 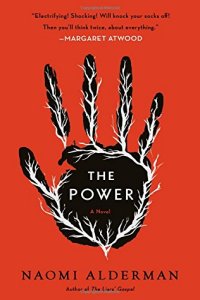