April 2012—
Vol. 132 No. 4, $4.99, 112pp, cover art by David A. Hardy
• This issue has part 3 of 4-part serial by Robert J. Sawyer, “Triggers”, plus novelettes by Susan Forrest and Craig DeLancey, and short stories by Kevin J. Anderson, Jerry Oltion, and Stephen L. Burns. There’s also a “Probablity Zero” vignette by Eric James Stone.
• The science fact article, by Richard A. Lovett, and about the Kuiper Belt.
• Departments include Stanley Schmidt’s editorial, on “Policy”; Jeffery D. Kooistra’s “The Alternate View” column, The Chink in Einstein’s Armor; and book reviews by Don Sakers and James Gunn.
• Lois Tilton reviewed the issue here.

March 2012—
Issue 13
• This issue, announced as the last and edited by Bruce Gillespie and Janine Stinson, is a special Theodore Sturgeon issue.
• Contents include a 30,000 word biographical /critical essay on Sturgeon by Matthew Davis, a shorter piece by Ditmar (Dick Jenssen) on Sturgeon’s “The World Well Lost”, and numerous letters of comment.
• There’s also an editorial, and Bruce Gillespie’s Favourites Lists for 2011. 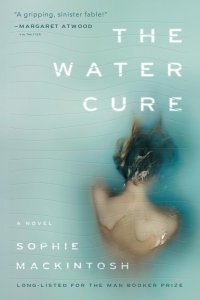 Greg Ruth is a New York Times bestselling author of The Lost Boy and NDEH (with Ethan Hawke) and has worked making books and comics since 1993. He has published work through The New York Times, DC Com­ics, Fantagraphics Books, Mondo, Dark Horse, HarperCollins, Macmillan, Hyperion, Simon and Schuster, the Criterion Collection, Slate, CNN, Penguin, Hachette, and Tor. He has created two music videos for Prince and Rob Thomas, and