Collection of 33 stories, subtitled “The Best of Charles L. Grant”, with interior art by Andrew Smith.
• The author died in 2006. Included is 1979 Nebula Award winner “A Glow of Candles, a Unicorn’s Eye” (though not 1977 Nebula short story winner “A Crowd of Shadows”), and 1983 World Fantasy Award winner “Confess the Seasons”.
• There’s an introduction by the editor, a foreword by Stephen King, pieces by Peter Straub, Kim Newman, Thomas F. Monteleone, and Nancy Holder, and an interview with Grant by Nancy Kilpatrick.
• PS Publishing’s site has this order page with a description and table of contents.

Collection of stories, first published from 1981 to 2003, including 1982 novelette “Helen, Whose Face Launched Twenty-Eight Conestoga Hovercraft”, 1983 Nebula nominee “Her Furry Face”, and the 2001 title story.
• PS Publishing’s site has this description and order page.
• Faren Miller reviewed the book in the October 2011 issue of Locus Magazine, commenting that “there’s a surprising feeling of continuity among these short stories and novelettes, thanks to Kennedy’s ability to bare her characters’ feelings without melodramatics, amid vivid scenes, no matter what the setting or crisis point may be.” Miller concludes, “”This collection shows a remarkable writer still working at the peak of her powers.”

Fantasy novel, second of a trilogy following Theft of Swords (Nov 2011), and to be followed by Heir of Novron in January.
• This UK edition apparently precedes the US edition, published December 14th.
• The author’s blog clarifies the sequence of books in this post, indicating that this trilogy follows an earlier six-volume series, five of which are out of print and one of which is forthcoming. There’s also a link to a sample from this book.
• The Amazon UK’s “Look Inside” function provides a preview.

This UK books page is based on publisher schedules and availability on Amazon UK and publisher sites — for now listing only titles not already available in the US and listed on weekly New Books pages. (Future pages will cross-reference US and UK editions.) Note that titles announced by PS Publishing often appear late, and their publication dates on Amazon UK are apparently not updated following initial listing. 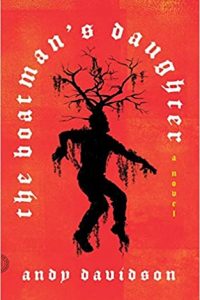