This is the final spin-off thread of the conversation that has appeared in three previous Roundtables (one, two, and three.)

When I first came across the original question, I had in mind the sort of genre books that eventually become canonized classics even in non-genre reading programs. Brave New World, 1984, Fahrenheit 451, and Left Hand of Darkness are the four that first spring to mind in that category. (Heavy on dystopias there!) That moves away from the pop culture aspects of best-sellerdom, and into the ‘we don’t get no respect’ realm of academics. Of course, academia is itself changing–even when I was an undergrad 10 years ago (!) I was able to take a class on Tolkein. And pop-culture studies seem to be taken much more seriously these days (although my impression may be skewed by going to ICFA every year and watching that community grow).

Now, how much good does it do for an author to get onto college reading lists? It seems like an even more select club than the NYT best seller list!

I don’t know how much good it does an author to get onto college reading lists. But I’ve been told several times that my stories have been taught in a class, either a literature class or a writing class. I suspect that those of us who write in that strange space between genre and literary fiction get taught more often than we know. I would put Kelly Link there, probably Jeff Ford, Liz Hand, writers like that. Of course John Crowley. My sense is that it’s actually quite easy to cross over into literary fiction, if that’s what you’re going for. Just write very well and submit to literary rather than genre magazines. Even genre magazines like Asimov’s, Clarkesworld, and Strange Horizons are already publishing stories that could easily go into literary magazines. So at that level I think there’s quite a lot of crossover, but that’s the level of short fiction, where you don’t really need to worry so much about marketing categories. Of course, that also means writing in a way that doesn’t quite fit within genre conventions: a straight science fiction story is probably not going to be published in Tin House. An experimental story with science fictional elements might be.

In the writing program I teach for, we often teach classes in genre fiction, but it’s an academic writing program with a literary focus. It’s easier to create a class focused on science fiction or fantasy (which is what I teach) than in the English department. There is a popular class on detective fiction in the English department, but detective fiction became academically respectable before science fiction or fantasy, which are still getting there — but they are getting there! So in terms of the academy, science fiction and fantasy are crossing over.

I went to my local Borders for their closing sale last week, and saw stacks of unsold copies of books I’d placed on my fantasy syllabus last semester. Curiously, Borders didn’t have copies of other books by these authors, though some are prolific, and have published many more recent novels.

From this I deduce that:
a) there’s a reason Borders is going out of business;
and
b) for novelists, there may be a real benefit to being on a college syllabus.

If a novel gets on a college syllabus, it boosts the number of books sold in an area and therefore how many of your books a big chain store like Borders or B&N is going to automatically ship into local stores. Because instructors will probably teach your book more than once, the small and steady sales produced from the course may help keep your novel on shelves. If you’re lucky enough to get your novel on, say, 10 college syllabi across the country, I suspect that this could translate into a fairly significant sales boost.

Short story authors, alas, don’t get the same kind of benefits, because short stories are usually distributed in photocopy or pdf form. Furthermore, if students like your story, they’re probably going to have a harder time locating the rest of your work than they would if you wrote novels.

This is one of the reasons I follow Marie Brennan in thinking that submitting your short stories to services such as Anthology Builder can be a good idea: it allows authors to receive royalties from each sale, and also allows new readers to locate other examples of your work easily. 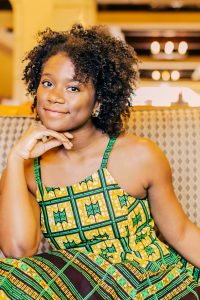