December 2011—
Issue 63, cover art by Folko Streese
• Stories in this issue are by Ben Peek and Chris Stabback, plus the conclusion of “Silently and Very Fast” by Catherynne M. Valente.
• Nonfiction is by Brenta Blevins, with an interview with Aliette de Bodard, and an editorial by Neil Clarke.
• The podcast, by Kate Baker, is of Ben Peek’s story “Sirius”.

December 2011—
Vol. 10 No. 4
• Stories in this issue are by Michael John Grist, Kenneth Schneyer, and Erica Satifka.
• Poetry is by Mary Turzillo, Brit Mandelo, C.G. Olsen, and David Kopaska-Merkel.
• Book reviews are by Leah Bobet and Liz Bourke.

December 2011—
Issue 19, cover art by Angel Alonso
• Fiction this month is by Vylar Kaftan, Pat Cadigan, Andrew Penn Romine, and Arthur C. Clarke.
• Nonfiction includes an interview with Richard Dawkins, and articles by Jeff Lester, Nigel Wilson, and Alan Smale.
• Contents will be posted at weekly intervals throughout December, or is available immediately for purchase.
• John Josephs Adams’ editorial announces that, as the new owner of both Lightspeed and Fantasy Magazine, he will be merging the two magazines.

November 2011—
Issue 279, Vol. 24 No. 3, $5, 24pp
• This special “Dramatic” issue features an excerpt from Jeanne Beckwith’s play “Opportunity of a Lifetime”, and a review of the play by Jen Gunnels.
• An essay by Mike Barrett examines the future worlds in the novels of John Morressy; an essay by Geoff Sutton looks at Joe Haldeman’s The Forever War.
• Other reviews include Peter Rawlik on Todd Riemer, Michael Levy on M.M. Buckner, and Jen Gunnels on the play “Frankenstein with Mary Shelley”.

December 2011—
Issue 19
• This issue has fiction by Siobhan Shier and Eric Del Carlo
• Coming later in the month is an editorial, and story podcasts read by Amanda Fitzwater and Michael Ray.

December 2011—
• The lead reviews are by Nathan Brazil, of Ann VanderMeer & Jeff VanderMeer’s The Thackery T. Lambshead Cabinet of Curiosities, and Rich Horton, of Tim Akers’ Dead of Veridon.
• Other reviews include Trent Walters on Douglas Lain (plus an interview of Lain), Mario Guslandi on an anthology edited by Russell B. Farr, and Greg L. Johnson on Rebecca K. Rowe.
• There are also several magazine issue review by Sandra Scholes, and columns by Rick Klaw & Mark London Williams, Derek Johnson, and Neil Walsh. 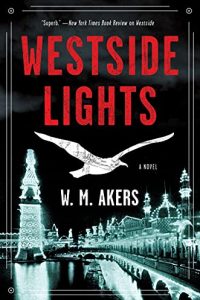 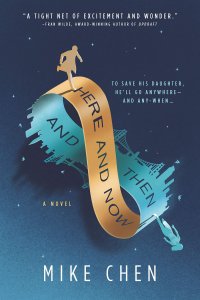 Today we’re bringing you one of the evening panels held at ICFA this past March. The panel, held late on Thursday evening, featured (in the order you will hear them): Moderator F. Brett Cox, China Mieville, James Morrow, Suzy McKee Charnas, Peter Straub, Theodora Goss, and Kelly Link. They particularly discuss the question of the appropriateness of applying the label ‘monster’ to a real person, from both a cultural and