Is it time to be talking about the neo-New Space Opera, or possibly the post-neo-New Space Opera, or even the Phase Space Space Opera (in the sense of all possible states of a system being represented at once)? It’s been more than five years since Hartwell and Cramer’s massive and argumentative Space Opera Renaissance anthology, and more than eight since Locus’s much-discussed ‘‘New Space Opera’’ special issue, and even then people were dating the movement to as far back as M. John Harrison’s 1975 The Centauri Device or Iain M. Banks’s 1987 Consider Phlebas. So the original movement, depending on who you listen to, might be anywhere from two to four decades old, but I guess the reason we can keep calling it ‘‘new’’ is that it seems to keep mutating like a virus in a medical potboiler, infecting even remote areas like Neal Stephenson’s weighty Anathem, which somehow segues from an austere reconsideration of the history of Western philosophy into slam-bang space battle acrobatics, or Hannu Rajaniemi’s post-Dickian, post-Eganian The Quan­tum Thief, which seamlessly fits a wisecracking spaceship and pyrotechnic space battle into its information-drenched future. Both Alastair Reynolds’s Blue Remembered Earth and Paul McAuley’s In the Mouth of the Whale provide continuing evidence, in quite different ways, that the old New Space Opera is alive and well.

One of the characteristics of what I’m going to continue calling the phase space opera, until you stop me, is that it doesn’t necessarily ironize the adventure templates of the classic space adventure in New Space Opera mode, but may unapologetically celebrate them. At least one key scene in Reynolds’s Blue Remembered Earth virtually cries out for a pulp Wesso illustration, with a caption something like ‘‘Trapped on a runaway spaceship, traveling faster than any human being ever had!’’ Before we even get to that, we’ve encountered buried secrets on a remote part of the moon, terrifying encounters with monster machines on Mars, and daredevil efforts to sneak aboard an abandoned space station that may harbor still more secrets. And yet Reynolds casts all this in the context of elements that are decidedly more New Space Opera-ish, with morally ambiguous heroes and villains, political and economic struggles, and a post-Westernized version of the 22nd century, which seems oddly optimistic in comparison with his other grim futures.

By 2160 or so, the world has survived a series of catastrophes and upheavals, including earthquakes and floods which have redrawn entire coastlines (and presumably lend the series its title, Poseidon’s Children). Although Reynolds mostly refrains from infodumps about global warming, he offers a number of clever details – such as characters drinking an Icelandic merlot – that tell us all we need to know about Earth’s altered climate. Africa has become a center of technological development, and one of the most powerful families in Africa is the Akinya clan, whose matriarch Eunice, a legendary space explorer and entrepreneur, has just died as the novel opens. Two of her grandchildren, Sunny and Geoffrey, are renegades from the family business, Sunny eking out a living as an artist on the moon, and Geoffrey consumed by his research with a tribe of elephants in the Amboseli Basin, with whom he is striving to develop a neural link that will enable him to see through their consciousness. After Eunice’s death, two rather officious cousins named Hector and Lucas, now managers of the family business, send Geoffrey to the moon to discover the contents of a safe-deposit box Eunice had left there. This not only serves to reunite Geoffrey and Sunny, who had been close companions as children, but leads to the discovery of a sequence of enigmatic clues left behind by Eunice, clearly designed as a kind of test to prevent her great secret from falling into the wrong hands. Aided by the old family retainer Memphis, Sunny’s rather pallid boyfriend Jitendra, Geoffrey’s more colorful adventurer ex-girlfriend Jumai, and a virtual ‘‘construct’’ of Eunice herself, which Sunny has cobbled together from existing documents and records (but which of course can’t reveal any secrets that weren’t available in those sources), they set off on a quest to discover Eunice’s secret, leading them to desolate corners of the moon, to Phobos, to a wild region of Mars given over to self-evolving machines, and even to a suboceanic city back on Earth. Along the way, they form an uneasy alliance with the cult-like Panspermian Initiative, which hopes to colonize even extrasolar planets and whose charismatic founder, a former friend of Eunice, seems to have turned herself into a whale (vaguely reminiscent of Dune’s Guild Navigators).

Despite a plot hook that could as easily power a YA franchise (a dying matriarch leaves behind a series of mysterious clues, each of which leads toward more portentous implications), Reynolds both develops a richly detailed portrait of a resurgent, postapocalyptic Earth society and economy, and leaves himself plenty of room to expand his narrative space exponentially (mostly through the discovery, thanks to an enormous, solar system-wide telescope, of a giant artifact on an extrasolar planet that is clearly the work of an intelligent civilization). And despite the moral complexities he raises, both with his characters and with such movements as the Panspermians (are we supposed to view them as crackpots or visionaries?), it may be that odd sense of optimism, together with a pair of villains who are more annoying than genuinely threatening and a pair of likeable, reluctant protagonists called upon for heroic acts, that echo some of the values and rewards of the old, classic space opera form. By the end, when the plot accelerates from its initial methodical pace of investigation into flat-out, cliffhanging adventure, we realize that we’ve read a fairly long novel that seems like a pretty short one (I read this on a Kindle, and was surprised to learn the actual page count later). If Reynolds can keep this up – and there’s enough planted here for future volumes to already suggest that he can – he might have one of the most enjoyable series of the still-young decade.

Note – Paul McAuley’s In the Mouth of the Whale is also reviewed in the December issue of Locus Magazine, though that review is not posted online. 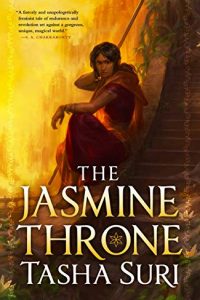