Autumn 2011—
Issue 57, 28pp
• This issue features articles and columns by Adam Christopher, about getting a book deal on Twitter; Alastair Reynolds, on the connections that make a story; David Rain (interviewed by Martin McGrath) on Middlesex University’s creative writing degree in sf&f, with perspectives by Paul Graham Raven and Gary Budgen; Christopher Priest’s “Masterclass” column on “Structure”; Keith Brooke on finding time to write; and other pieces by Lavie Tidhar, David L Clements, and Dev Agarwal.
• Other content includes poems by Edward Kenna, Mat Denny, and James T Lay.

October 2011—
Issue 278, Vol. 24 No. 2, $5, 24pp
• This special “Alien Landscapes” issue features an essay on Stanley Weinbaum by Thomas F. Bertonneau, and a review by Michael Swanwick of Hope Mirrlees’ Paris, a Poem.
• There’s also an essay by Michael Andre-Driussi on “The Anime Renaissance: 1986 to 2010”, and reviews by Michael Levy of Joan Slonczewski, Peter Rawlik of Wilum H. Pugmire, Jen Gunnels of Savage Radio Plays and a play based on H.P. Lovecraft, and Greg L Johnson of Kameron Hurley.
• There are also numerous photos from the World SF Con in Reno last August, and an editorial by David G. Hartwell about storms, sickness, and death.

Autumn 2011—
Issue 268, £4.00, 60pp
• This issue celebrates Diana Wynne Jones, who died last March, with an interview conducted by Charlie Butler, an essay by Gili Bar-Hillel Semo on translating Jones, Jessica Yates on Jones in the context of children’s fantasy, Meredith MacArdle on “The Mistress of Magic”, Gill Othen on two filmed versions of her books, and a BSFA discussion about Jones with Farah Mendlesohn and Charlie Butler.
• Other contents include an article on infertility and warfare in SF by Victor Grech, columns by Stephen Baxter, Paul Kincaid, Andy Sawyer, and Terry Martin, and books reviews edited by Martin Lewis. 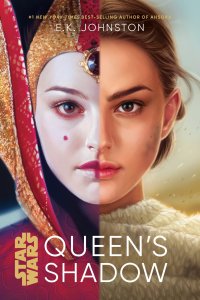 Nicola Jane Griffith was born September 30, 1960 in Leeds, Yorkshire, England. She went to college to study science but did not graduate, dropping out and moving to Hull, where she played in a band. She has also worked as a women’s self-defense instructor, and often teaches writing. She attended Clarion in 1988. At the workshop she met fellow writer Kelley Eskridge, and they were married in 1993, though the