When my mom told me that Locus might like to have an article from me about science fiction and fantasy for kids ten and under, I was incredibly excited. After all, I’ve grown up in a household filled with SF/F books, and even the earliest board books I remember could be considered fantasy, because they were about a dog who was smart enough to take the little girl he was babysitting on grand adventures and always have her cleaned up by the time her parents got home. (These were the Carl board books by Alexandra Day.)

When I started thinking about it, I realized that most books for little kids could be considered fantasy: Everywhere you turn when you’re little, there are books about superheroes, monsters, animals that act like people and/or do impossible things, and even some specifically about magic. (Another book my parents read to me was Strega Nona’s Magic Lessons, by Tomie de Paola, about a girl who is taken for granted and worked too hard by her lazy dad and who then leaves to become a magic user’s apprentice instead.) Most fairy tales and myths are fantasy, and my parents read or told me the classics (Hans Christian Andersen, Greek myths) many times.

Sometimes there’s a question about whether a book is fantasy or science fiction. The Magic Tree House books (which I always loved) have a teleporting, time-traveling treehouse, so even though they’re really teaching about history, they could be counted as science fiction. There are also plenty of kids’ books based on movies or cartoon shows, like Transformers and Star Wars, but you have to look a lot harder to find anything besides those and a few classics like The Little Prince or A Wrinkle in Time.

I was very excited, then, to find out about the Golden Duck Award, which is presented every year for excellence in children’s science fiction. I took the list of this year’s winners and finalists to my local Barnes & Noble and looked up every book, hoping to read them, but the bookstore only had two: The Adventures of Ook and Gluk (which my little brother laughed at harder than any book he’s ever read, even if the intentional misspellings bugged me), and Ivy and Bean: What’s the Big Idea. Ivy and Bean was fiction, and it was about a science fair, but it was not what I think of as science fiction because nothing happened based on the science that couldn’t happen now. I did find a fun pop-up book called Alienology, by Dugald A. Steer, and it was filled with mythical but entertaining information about aliens. 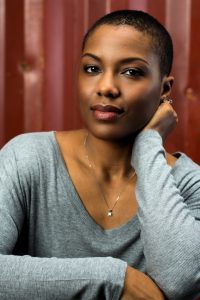