July 28 2011—
Issue 74
• This issue has two stories: In the Gardens of the Night by Siobhan Carroll, and Ink and Blood by Marko Kloos.
• Lois Tilton reviewed both stories, recommending the Carroll, in her late July Locus Online column.

August 2011—
Issue 58, cover art by Erik Storstein
• Stories in this issue are Conservation of Shadows by Yoon Ha Lee, and The Fish of Lijiang by Chen Quifan.
• Nonfiction includes an essay on physical constants by Karen Burnham, an interview with Minister Faust, the second part of Jeremy L.C. Jones’ discussion of epic fantasy, and an editorial by Niel Clarke outlining his Worldcon schedule.
• Kate Baker podcasts Yoon Ha Lee’s story.
• Lois Tilton reviewed the issue in her latest Locus Online column.

August 2011—
Issue 53, cover art by Laura Diehl
• Fiction posted so far this month is by Cory Skerry’s “The World Is Cruel, My Daughter” and Nisi Shawl’s “The Pragmatical Princess”. Coming later in the month will be Laura Anne Gilman’s “Corssroads”, and Michael Swanwick’s “The Edge of the World” (a reprint).
• Nonfiction includes an interview with Seanan McGuire, and an article by Saladin Ahmed, “The Messengers, Monsters, and Moral Instructors of Islamic Literature”, and spotlights on the authors and cover artist. Coming later this month will be nonfiction by Abby Goldsmith and Genevieve Valentine.

August 2011—
• This month’s story is “This Strange Way of Dying” by Silvia Moreno-Garcia.
• Lois Tilton reviewed the story in her latest Locus Online column.

August 2011—
Issue 15, cover art by Tim Warnock
• Fiction posted so far this month is Will McIntosh’ “Defenders” and a reprint, John Varley’s “Just Another Perfect Day”. Coming later in the month will be stories by Genevieve Valentine and Connie Willis (a reprint).
• Nonfiction so far includes Jeremiah Tolbert’s “Five Ways to End an Alien Invasion”, and “Forget Everything You’ve Ever Known About Amnesia” by The Evil Monkey, plus spotlights on the authors and cover artist. Later in the month will be a piece on artificial intelligence by Graeme McMillan, and an interview with Simon Pegg.

August 2011—
Issue 15
• Stories in this issue are Vaporware by Mishell Baker, and Evoë! Evoë! by Robert Pritchard.
• Michael Ray conducts interviews with Mishell Baker and with three authors of stories from past issues, Morgan Dempsey, Angela Ambroz, and Patty Jansen.
• Lois Tilton reviewed the issue in her latest Locus Online column.

August 2011—
• The lead review, by Katherine Petersen, is of Rivers of London / Midnight Riot by Ben Aaronovitch.
• Other reviews include Dominic Cilli on Robert V.S. Redick, David Soyka on Thomas Ligotti, and Mario Guslandi on Justin Gustainis.
• There are columns by Derek Johnson, Neil Walsh, and Rick Klaw & Mark London Williams, plus TV, movie, and audiobook reviews.

August 2011—
• Stories posted in the past couple weeks are Catherynne M. Valente’s The Girl Who Ruled Fairyland — For a Little While and Yoon Ha Lee’s A Vector Alphabet of Interstellar Travel.
• Lois Tilton recommended Valente’s story in her late July Locus Online column. 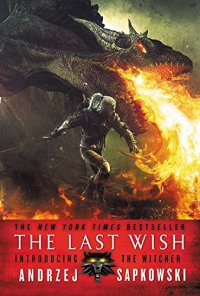 December 4, 2013 admin Comments Off on New and Notable Books, December 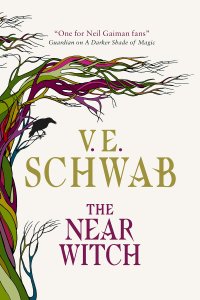 Karen Burnham I wanted to let you all know that I’m going to be stepping down from managing the Locus Roundtable blog. I’ve got a second little person on the way, and too many commitments and not enough time. Luckily, Alvaro Zinos-Amaro, whom many of you know, will be stepping in to take over. I look forward to seeing what he does with the site! I want to thank Locus