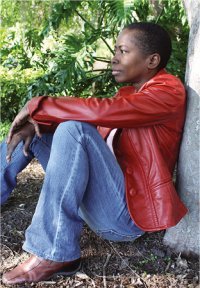 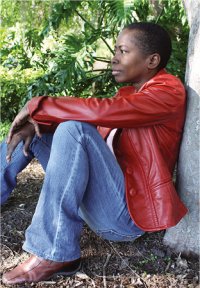 Karen Lord was born in Barbados. In primary school, a music teacher introduced her class to The Lion, the Witch and the Wardrobe and The Hobbit, sparking her love of fantasy. She attended secondary school at Queen’s College, and later attended the University of Toronto, studying physics and the history of science and technology. She earned a master’s degree in science and technology policy at Strathclyde University in Glasgow, and got her doctorate in the sociology of religion at Bangor University in Wales. She has traveled widely, taught physics in school, trained soldiers, and worked in the foreign service.

Lord’s first novel Redemption in Indigo appeared in 2010 to great critical acclaim, winning both a Mythopoeic Award and the Crawford Award for best first fantasy. Her SF novel The Best of All Possible Worlds is forthcoming. She lives in Barbados.

A grain of pure salt

‘‘In my school, you had to decide very quickly whether you were going to be a scientist or something in the arts. There was not much overlap. I went into physics. Because of being purely in science for my A-levels, I didn’t do writing at school for nearly a year, though I was still writing as a hobby. We took Use of English in Upper Six, because we had to write essays for the General Paper – a general knowledge, essay based exam – but they were very rigid in the ways they taught English from first through fifth form. You got a sense of, ‘We’re covering a syllabus.’

‘‘The whole tendency to separate science and the arts doesn’t work so well for me. I’ve kept them blended somehow. Before I got my doctorate, I worked for a while as a physics teacher back in Barbados (which was cool because a lot of my students were also into science fiction), and as a math teacher. But then in a sixth-form class there was a question everyone skipped, involving gravity in a binary star system. Why did nobody tackle this? Nobody knew what a binary star system was! I was like, ‘Does nobody here read Asimov?’ ”

”I’ve always enjoyed genre fiction, because you can tell two stories at the same time. There are elements of symbolism you can incorporate. Or (Ray Bradbury does it very well) social commentary. I’ve always enjoyed that so much, I don’t think I’ve been able to tell a straight realist tale in my life! Redemption in Indigo has a universality, but it can be read on other levels, too. I wouldn’t say that it’s inaccessible to general readers, but there are a lot of in-jokes and connections that make perfect sense if you’re Barbadian.

‘‘I think a lot of West Indian fiction (and, to a certain extent, also African fiction) doesn’t have that line between ‘this is real’ and ‘this is supernatural.’ There’s a sort of dual reality going on, and that aspect comes through in a lot of literature: here’s what’s on the surface, but here is all this other stuff. Meanwhile, in fantasy, people are saying, ‘We’ve done the elves and dwarves for some time now. What else is out there?’ Looking at other cultures’ folktales and legends, you can ask, ‘What kind of fantasy did they develop?’ You can learn so much about a culture from seeing how it treats both its urban legends and its past legends.”

‘‘I believe any kind of storytelling is transformative, but I also think that to do something consciously is not necessarily the best way to produce good work. The only thing I can do is tell a story that clicks for me. As for that sequel to Redemption, I’ve gone back to it – the working title is Labyrinths of Midnight. I’m probably never going to write a trilogy, though. I don’t want to be locked into a three-book deal.

‘‘I do write on many different levels, and I have come across people who are reading Redemption at what I don’t want to call the superficial level, but they’re like, ‘That was really fun,’ and they go no further. Every time I come across a review that uncovers an aspect that hasn’t been mentioned before, I kind of go ‘Whee!’ But recently I had a neat conversation (with a friend of my sister’s who has a theology degree) where we talked about the religion in the novel, and I thought ‘Nobody has discussed that yet.’

‘‘I’ve had some good news recently about The Best of All Possible Worlds. My agent Sally Harding sold the North American rights to Del Rey and the UK/Commonwealth rights to Jo Fletcher Books. It’s a two book deal (hey, it’s only trilogies I’m allergic to!), and I’m really looking forward to going back to those characters and their galaxy. Plus, I get to work with Betsy Mitchell and Jo Fletcher, which is fabulous!’’

Read the complete interview, and biographical profile, in the August 2011 issue of Locus Magazine. 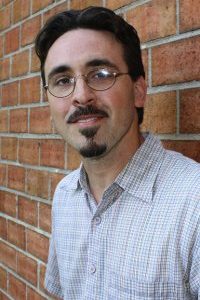 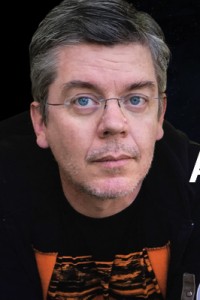 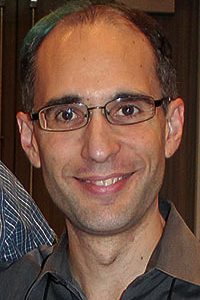